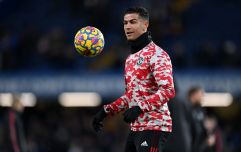 END_OF_DOCUMENT_TOKEN_TO_BE_REPLACED

In that time, he's packed a lot in. Amongst other things, he's scored in World Cups, won a Ballon d'Or and been forced to watch Jurassic Park... twice.

And yet despite all this, the former Liverpool, Real Madrid and Manchester United striker has never once had a cup of tea or coffee. Unbelievable.

Speaking to JOE recently, Owen admitted he wasn't a fan of the hot drinks - though had recently learned how to make them.

"I've never drunk a cup of tea in my life, or coffee for that matter," he said. "But I have just learnt how to make one."

"I was genuinely devastated! I just ran over a rabbit."

Owen was also asked about his social media activity, more specifically his famous tweet about driving over a rabbit in October 2013.

END_OF_DOCUMENT_TOKEN_TO_BE_REPLACED

The tweet, which currently has over 17,000 retweets, reads: 'Just ran over a rabbit. Devastated.'

Recalling the incident which prompted the tweet, Owen said: "I live out in the sticks, a little bit in the country and I'm just going down my drive, and a rabbit ran straight in front of me and went 'crunch' under my wheel.

"And I genuinely was gutted. I don't know why I just... five minutes later when I got in the house I put 'just ran over a rabbit. Devastated.

"Even to this day, years and years on, it's the most retweeted thing on my timeline. I love the way people remember it."

Another of his memorable tweets, sent four years ago, revealed he had only ever seen eight films in his entire life. 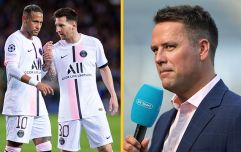 END_OF_DOCUMENT_TOKEN_TO_BE_REPLACED

Asked about this, he reaffirmed his hatred for films before reluctantly acknowledging that Cool Runnings was "probably" his favourite.

"Probably, out of all of those, I'll go for 'Cool Runnings'."