This time last week, Jose Mourinho was still the Manchester United manager and he was speaking highly about two young talents - Mason Greenwood and James Garner.

END_OF_DOCUMENT_TOKEN_TO_BE_REPLACED

With United already qualified for the knock-out games, Mourinho used the fixture to rest some first team players.

Garner was added to United's Champions League squad, earlier this season, along with Ethan Hamilton, Tahith Chong and Angel Gomes. Mourinho explained that Greenwood was there as a 'protection player' just in case a senior star picked up a knock.

Greenwood ended up making it into the United squad that evening but did not get off the bench as Valencia won 2-1. He returned back to England and was in FA Youth Cup action against Chelsea on Monday night. 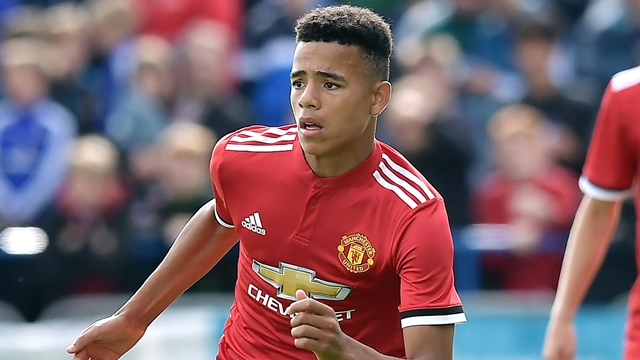 Greenwood ran amok against the cup holders, at Leigh Sports Village, and scored a superb hat-trick in United U18s 4-3 victory.

Watched by United chief executive Ed Woodward and Michael Carrick, assistant to Mourinho, the 17-year-old England underage international opened the scoring when he pounced on a poor back-pass and some equally rickety goalkeeping.

Chelsea levelled the tie but Greenwood put United back in front with a superbly struck goal from just inside the box. Di'Shon Bernard got another for United before Greenwood sprung on the hapless Chelsea defence and finished off his left foot this time.

END_OF_DOCUMENT_TOKEN_TO_BE_REPLACED

Bernard was then sent off and Chelsea got two late goals but United held on for a 4-3 win to advance. Greenwood has also looked promising in the Uefa Youth League, scoring five in five games this season.

The teenager's hat-trick had many United fans raving, and calling for him to get a chance in the first team over the festive period.

Speaking on The Football Spin, Matt Stanger (editor at Football JOE) spoke about how Greenwood could well follow on in the foot-steps of Marcus Rashford and Scott McTominay in the coming months.

"He looks a real talent," said Stanger. "And Mourinho included him in the Champions League squad.

END_OF_DOCUMENT_TOKEN_TO_BE_REPLACED

Indeed, every United league squad over the past 81 years has included at least one player that came through the club's academy.

The new manager, who some expect to be former striker Ole Gunnar Solskjaer, may well continue that tradition by including the promising Greenwood in his first couple of match day squads.