Keeping Paul Pogba should be Manchester United's number one priority

Since the end of the 2018/19 league season there have been growing calls for Manchester United to sell Paul Pogba, or allow him to depart the club, if you want to phrase it a little differently.

Pogba's relationship with supporters has deteriorated over the course of his second spell, culminating in a final day clash with fans after the home defeat to Cardiff City.

Despite returning in 2016 for a then world record fee of £89.3 million, Pogba has for the most part wilted at Manchester United, surrounded by more mediocrity than any world class player should be expected to carry.

But for all the discussion about an impending exit, the truth is that it will be very difficult for United to offload him.

The two potential destinations being offered up are Real Madrid and Juventus.


The slightest bit of scrutiny of both clubs and their respective finances suggests that a move for Pogba will be incredibly difficult for either this summer. 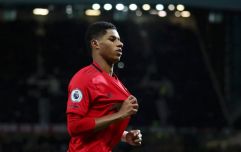 END_OF_DOCUMENT_TOKEN_TO_BE_REPLACED

Real Madrid are in the middle of an overhaul, but have already spent large quantities of on a host of new signings. They also have an abundance of centre-midfield quality, to the point that promising youngsters like Marcos Llorente and Dani Ceballos are being moved on.

Juventus, while they would likely love to have their former talisman back in Turin, are pursuing Ajax's in-demand centre-half Matthijs De Ligt. Combine that potential signing with the money spent last summer on Cristiano Ronaldo - and his vast wages - and things are getting pretty tight.

This is all to say, quite simply, that Manchester United supporters should get used to seeing Pogba in a red shirt for at least one more season.

Providing the club utilise him correctly, that doesn't have to be a bad thing.

Despite being the club's best player last season, Pogba's performances ranged from superb to anonymous; a struggle for consistency which has propagated the idea that he will never be a leader in the way that he is for the France national team.

What people consistently overlook though is that Pogba is not a leader. Not in a traditional sense at least. The 26-year-old does not have the sheer force of personality possessed by the likes of Roy Keane. His presence alone will not make his teammates better.


Keane is often used as a comparison by those looking to criticise Pogba, but something else the Irishman benefitted from - which Pogba is crucially missing - is a host of world class teammates. This point is strangely absent from conversations about Pogba and his impact on the team. 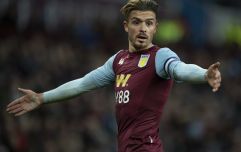 END_OF_DOCUMENT_TOKEN_TO_BE_REPLACED

It doesn't matter how good you are, if you are surrounded by mediocre and overpaid teammates it's always going to be difficult to perform.

At Juventus, Pogba was playing alongside Arturo Vidal, Andrea Pirlo and Claudio Marchisio in midfield; in defence there was Giorgio Chiellini, Andrea Barzagli and Leonardo Bonucci.

Look around him at Manchester United and all he'll see is Nemanja Matic, Fred, Phil Jones and Chris Smalling.

These differences are key when exploring Pogba's struggles, but also indicate how United can get the most from a player who has undeniably become a mercurial figure in recent seasons.

Pogba, like all top players, requires teammates of a similar level to complement his abilities. He cannot do it all on his own and his efforts to do so detract from his impact.

If the club recognise Pogba for what he is - an incredibly talented footballer who plays best when given the freedom to showcase his talents - and address that in their recruitment policy, they'll begin to see more of the player who helped steer France to World Cup glory.

If they don't, Pogba will move on to a new team next year and it will be yet another case of this once great club giving up on a top talent because they don't know how to bring out the best in him.

You may also like
Sport
Nigeria watches on as Odion Ighalo's Manchester United dream begins
Sport
Thank you Sander Berge for allowing Manchester United fans to dream again
Football
Sympathy for the devils? Why Manchester United don't deserve your pity
Sport
Is Ole Gunnar Solskjaer the worst manager in the league?
Sport
Roy Keane is angry at everything bar his own tedious punditry
Next Page