It seems certain now that Bayern Munich will lose their star striker Robert Lewandowski in the summer, with many of Europe's big guns hoping to acquire his services.

END_OF_DOCUMENT_TOKEN_TO_BE_REPLACED

Chelsea and Real Madrid have both shown interest in the player, but a third horse has entered the race: Manchester United.

German football magazine Kicker revealed on Monday that United have made an approach to sign the forward who has dominated the Bundesliga for the best part of a decade. Real Madrid are reportedly 'dithering' and United are looking to swoop in.

Manchester United are the only club to have made an approach for Bayern Munich striker Robert Lewandowski while Real Madrid dither according to Kicker in Germany.

Bayern, of course, do not want to sell. But as we know, players of Lewandowski's profile can force a move if they kick up enough of a fuss.

Financially, it may be a good time for Bayern to sell. Lewandowski is 29 now and Bayern have benefitted from his best years since he made the move from Borussia Dortmund in 2014.

Where his arrival would leave Romelu Lukaku at United is cause for concern, after he was recruited at great expense last summer. The Belgian striker has had a season of ups and downs but it would be strange for United to sign another number 9 just one year after signing Lukaku. 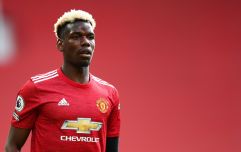 END_OF_DOCUMENT_TOKEN_TO_BE_REPLACED

United's attack would become severely overcrowded, with Marcus Rashford and Anthony Martial already being shunted out to the wing in order to accommodate Lukaku, and Alexis Sánchez causing more selection headaches for José Mourinho, but it would be hard to argue that signing Lewandowski would be a shrewd piece of business given his quality.