No Messi? No problem.

Barcelona ensured that Real Madrid's season went from bad to worse this afternoon, as they cruised to a 5-1 victory over their arch rivals at the Camp Nou.

It was the first Clásico without Lionel Messi or Cristiano Ronaldo since 2007, but Barça coped much better than the visitors. With Messi watching from the stands, Philippe Coutinho stepped up and assumed creative responsibility.

Jordi Alba lays it on a plate for Philippe Coutinho who applies the finishing touches. 👏

The Brazilian opened the scoring, getting on the end of a trademark Jordi Alba cut-back, before Luis Suárez made it 2-0 from the penalty spot, with the assistance of VAR.

Real Madrid showed some life in the early stages of the second half, as Marcelo pulled one back after 50 minutes.

Game on in #ElClasico! Marcelo nets his third in as many games to get Real Madrid back into it. 👏

This second half is going to be good || https://t.co/fPSma92loW pic.twitter.com/HuaAJeALtn 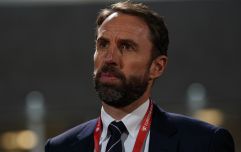 END_OF_DOCUMENT_TOKEN_TO_BE_REPLACED

But that only kicked Barça back into gear. Suarez then went on a solo mission to bury Real Madrid and surely Julen Lopetegui, who was already on the brink of being sacked before this embarrassing defeat.

Suárez's second of the afternoon came as he executed the most outrageous header from just inside the penalty box, after a gut-busting run from Sergi Roberto.

Suarez nets his second, and Barcelona's third. Real Madrid looked to be back in it, but that looks to be the decisive blow. 🔵🔴#ElClasico pic.twitter.com/0UsPWI9h9j 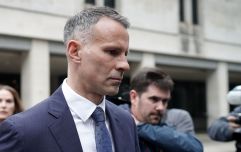 Ryan Giggs trial delayed due to lack of court space

END_OF_DOCUMENT_TOKEN_TO_BE_REPLACED

He rounded off his hat-trick with a delicate chip over Thibaut Courtois, who was grandly stitched up by Sergio Ramos. As the Madrid captain attempted to control an airborne ball with his chest, he was caught napping by the onrushing Sergi Roberto, who turned provider again for Suárez, who raced away into acres of space before making it four.

He dinks Thibaut Courtois and wraps up #ElClasico victory for Barcelona. 👏

Then, as Arthur was replaced by Arturo, Vidal rubbed salt in Madrid's wounds, finishing off another slick move with a towering header to ensure this Clásico lived up to its title.

It's FIVE for Barcelona in #ElClasico! 🖐

Arturo Vidal adds the gloss to an historic win for #Barca, who reclaim their place at the top of #LaLiga. 🔝

This result leaves Real Madrid lurking in mid-table, and Julen Lopetegui with no way of turning this slump around.

Barcelona are well on their way to retaining their LaLiga title while Madrid's deep-rooted problems were exposed on the biggest stage of them all.