Kelly Cates has slotted seamlessly into her new role as the host of Sky Sports' Friday Night Football this season, and she was at her best on Friday night at the Emirates Stadium for Arsenal's entertaining 3-3 draw with Jurgen Klopp's Liverpool. 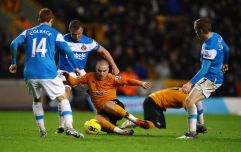 END_OF_DOCUMENT_TOKEN_TO_BE_REPLACED

Cates replaced last year's hosts Rachel Riley and Jeff Stelling at the start of the season, after Riley quit back in May. Her departure came after she was subjected to online abuse after labelling Tottenham Hotspur's 1-0 loss to West Ham a "bottle job", before she decided to move onto other roles.

Previously, Cates worked as a presenter for BBC and has she had experience with Channel 5. She also chairs 5Live's 606 with Ian Wright, a football discussion on the back of the weekend's action, and is widely praised for her contribution to this. 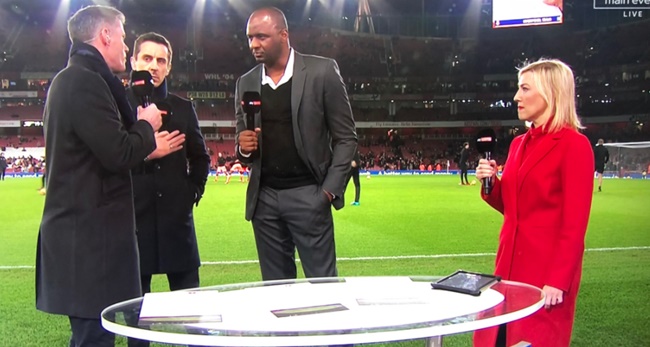 She has also been hosting some of Sky's Football League coverage this season, as well as being one of the presenters for The Debate, Sky's new nightly show featuring pundits discussing the latest talking points in football.

The Glasgow native has earned plenty of praise for her solid anchoring of the show, with Irish rugby legend Brian O'Driscoll hailing her contribution.

Must say I think Kelly Cates is an excellent find for Premiership football. That was an entertaining Friday evening. pic.twitter.com/hQzOFYoBae

Cates, the daughter of Liverpool's iconic former front man Kenny Dalglish has drawn praise from far and wide in the last few weeks.

@KellyCates is as good a football anchor as her dad was a player..another flawless game.

@KellyCates by far the best presenter on any sports channel 🙌