This is inevitable, but no less fun.

José Mourinho would not have appreciated Jurgen Klopp sticking his oar in, back in July 2016, when Paul Pogba signed for Manchester United.

The French midfielder was signed from Juventus for £89.3m and Klopp mounted his high horse.

"If you bring one player in for £100m and he gets injured, then it all goes through the chimney," the Liverpool boss opined.

"The day that this is football, I'm not in a job anymore, because the game is about playing together... Other clubs can go out and spend more money and collect top players. I want to do it differently. I would even do it differently if I could spend that money."

In the space of 12 months, however, Klopp has spent £250m in revamping his squad. That includes splashing £75m on Virgil Van Dijk and £62.5m on goalkeeper Alisson Becker, although Barcelona will eventually pay the Merseysiders £142m if Philippe Coutinho hits all his performance targets at the Nou Camp.

Last weekend, as Liverpool kicked off their tour in the USA, Klopp was reminded of his comments on excessive spending. He did not shy away from those words, from two years ago, but argued that, in so many words, football has changed so much since then that £100m gets you a lot less.

"That’s the problem these days, you say something and whatever bullshit you say, nobody will forget it.

"I could not imagine that the world would change like that – two and a half years ago, £100 million was crazy money, since then the world obviously changed since then." 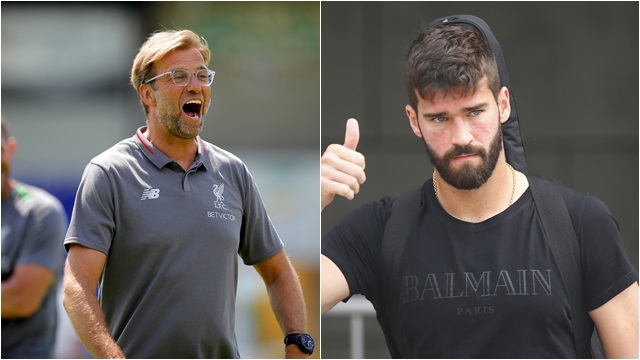 Mourinho was never likely to forget the barbs coming from Klopp and was quick to jump on them after his side's pre-season victory over AC Milan. The United boss told Manchester Evening News:

"I'm also happy to smile and to see that, you know, you can change your opinion and change as a person. Is funny. But that's okay.

"That you made in January, that you make now, that will probably be the record of the Premier League this season, I don't see another team getting close to that level of investment, a team that was a finalist in the Champions League, you have to say you are a big candidate.

You have to win. That's the message from Mourinho to his old rival.

United and Liverpool meet, on tour, this Saturday in what should be a fun clash. Expect the real fireworks to begin the month the Premier League kicks off.