Walters and his former teammate have something of an ongoing war of words - a friendly one, mind - and what better day than Christmas for that to be kick-started?

The Stoke City forward is, like us all, aware that the best "Merry Christmas" is one that is accompanied by a spot of piss-taking.

Walters had former Potters teammate Robert Huth on his mind on Sunday morning, and he felt it appropriate to send the defender a heartfelt message to wish him the best for the day that's in it.

The Republic of Ireland cult hero took out his smartphone and compiled a tweet that was always going to deliver plenty of festive chuckles to his followers.

Merry Christmas @robert_huth 🎄 Did Santa come with his sack or no sack? 🎅🏻

Your finest tweet Walters, we'll played... An no I've just got the same sack I carried you in the other week 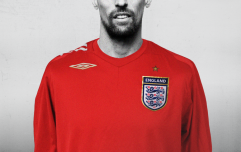 In tribute to Peter Crouch, a daddy long legs in ballet shoes

END_OF_DOCUMENT_TOKEN_TO_BE_REPLACED

Now, if you're unaware of the latter part of that message, let us jog your memory.

Two years ago, Huth found himself the subject of an FA investigation for his role in a controversial online game called "cock or no cock".

It was met with plenty of scorn for his use of vulgar language in replies to posts from a Twitter account which sent out photographs of the top halves of people, asking followers to guess whether it was a male or female being depicted.

Clearly no offence was meant or directed to anyone, but apologies if I've offended anyone

Huth eventually apologised after plenty of criticism from the transgender community but Walters doesn't easily forget and was only too happy to remind his ol' pal of his previous indiscretion.


It's certainly not the first in the pair's Twitter exchanges, with the best of the bunch coming when Huth decided to leave the Britannia Stadium last season.

Gutted @robert_huth has left the club. Up there with the best defenders in the league and he always made me look good standing next to him!

And it certainly won't be the last.