"You are being hateful. It's not my being a snowflake or being fussy - you are fucking wrong"

James Haskell has explained why he took to social media to strongly condemn the words of Israel Folau, the Australian rugby union international currently being disciplined for a series of anti-gay social media posts.

Folau's World Cup chances were ended earlier this month following a series of social media posts saying homosexuals - along with adulterers, drunks and other - would be condemned to hell. His comments were also 'liked' by Saracens star Billy Vunipola, who was booed as a result by fans during his subsequent outing on the pitch.

On this week's House of Rugby podcast, Haskell wore a pink 'love' vest, as he was joined on this week's show by returning host Alex Payne and rugby commentator and journalist Nick Heath. Watch it here:

In his immediate response to the Aussie's post, Haskell said online that "this is the biggest load of shit I've ever read" - and on the podcast, he explained his opinions haven't changed much since then.

When Payne asked Haskell if he stood by calling Folau a "fucking misinformed bigot" he replied "one hundred fucking per cent" before summarising the fallout from the incident.


He told House of Rugby: "I've found out that talking about religion was not a good idea because it evokes a lot of passion from people and I am a big believer that in 2019, with people talking about the snowflake generation and being very sensitive, you can offend anyone doing anything these days. 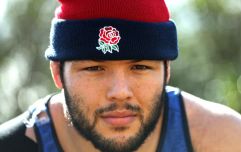 END_OF_DOCUMENT_TOKEN_TO_BE_REPLACED

"And a lot of stuff I say and do, I don't apologise for. I skate along the line of misogyny sometimes, I make mistakes... I've done a lot of stuff for gay rights, I truly believe sexuality shouldn't be questioned, I don't believe it's relevant. Since there's been humans on this earth, there's been gay people and there's been straight people.

"So this isn't a new phenomenon. People don't choose to be gay. They are, they're born. So the sooner people realise it, the sooner the world can move on."

In his post, Haskell lamented how a player as talented as Folau would throw away his career with such comments.

"I posted this because I felt very strongly about it and the reason I posted it was because a person in my sphere of influence commented about something that I didn't like - and he has previous," Haskell said.

"This wasn't an accidental post. He knew exactly what he was doing, he'd been told once 'don't fucking do it' and he's done it again.

"So I stand up and say this is not acceptable, I'm going to spend my time telling people in the media that sexuality is not a thing, that you should be free to do what you want. That if I had a gay teammate - which I probably do, because statistically there's got to be but people don't feel comfortable enough to say anything - that I'm going to stand up and defend it.

Before adding: "I'm going to say: this is bullshit. I was then disappointed that people had liked it, I was disappointed that people had said 'it's freedom of speech', but my belief is everyone is entitled to say what they want, however we have to be able to read between the lines and use common sense. And the general consensus that 'that is not correct, that is bullshit'.


"I said in my video 'this is hate speech'. You are condemning people, you are suggesting that people are wrong. You are being hateful. It's not my being a snowflake or being fussy - you are fucking wrong. 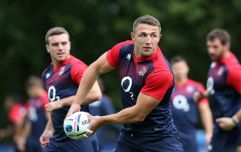 END_OF_DOCUMENT_TOKEN_TO_BE_REPLACED

"In history, lots of people have had open vocal opinions. In hindsight we've gone: 'that probably wasn't a good idea'. Just at the time because of the mob mentality, everyone thought it was right. It wasn't fucking right."

Some have questioned Haskell for not standing up against other major controversies in the sport, but the former England international made clear this matter was close to his heart.

He said: "I got accused of being a liberal leftie, which I think I'm definitely not. I got called out for virtue signalling because a lot of these words are used very commonly for people who stand up for something.

"I'm not sensitive about most things. I let the world, in general, pass me by, but if someone does something in my world, that's when I stand up."

Heath also pointed out that homosexuality was the only thing that Folau condemned that "isn't a choice", leading to the likely scenario where a young rugby fan or player who was struggling to have their sexuality accepted would be harmed.


popular
Wesley Sneijder begins training with fifth tier Dutch side, eyeing up top level return
QUIZ: Identify 99 movies from the 90s by a single image
Serge Aurier's brother killed in shooting in Toulouse, France
The JOE Friday Pub Quiz: Week 199
The hardest quiz on The Simpsons that you'll ever take (Part One)
A definitive ranking of every swear word from worst to best
Chelsea linked with N'Golo Kante sale - here's why it could make sense

You may also like
Sport
What does a sports commentator do without any sport?
Fitness & Health
Soldier who lost legs in Afghanistan says wheelchair rugby saved his life
Sport
Get your tickets to House of Rugby LIVE
Sport
England coach Eddie Jones on how he made Japan a force in world rugby
Fitness & Health
England centre Henry Slade on the changes he made to his diet and training
Next Page