From out of sight to out in front and brought back down to earth in the space of a mad-cap hour at Twickenham. 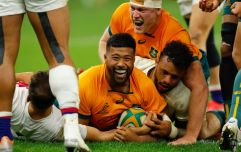 END_OF_DOCUMENT_TOKEN_TO_BE_REPLACED

England's Guinness Six Nations finale against Scotland had it all. Eddie Jones' men went into the game knowing Wales were Grand Slam champions but tore into the Scots regardless.

England raced into a 31-0 lead before conceding a 60-metre breakaway try to Scottish hooker Stuart McInally. That made it 31-7 but England could have stretched they lead further with a penalty before half-time. They went for the line and lost possession. Still, the Scots were 24 points adrift at the break.

In the 'Away' changing room, Scotland outhalf Finn Russell claims he had it out with head coach Gregor Townsend about their tactics in a poor first half. He told ITV: 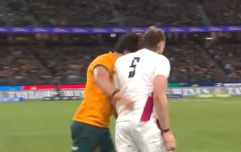 END_OF_DOCUMENT_TOKEN_TO_BE_REPLACED

The comeback was well and truly on when Darcy Graham dotted down for the Scots after 46 minutes. Three more tries followed, including one from Russell, before Sam Johnson made it 38-31 to the Scots. They had just three minutes to hang on but conceded a late, late try to George Ford and the game finished 38-38.

On the latest episode of JOE UK's House of Rugby, host Alex Payne looked back on that game with James Haskell and former England captain Mike Tindall. 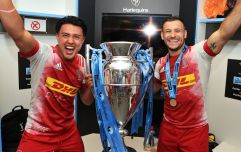 END_OF_DOCUMENT_TOKEN_TO_BE_REPLACED

Haskell referred back to that half-time argument between Russell and Townsend. "They were having this sort of row," he said, "and I think they went in at half-time and, from what I've heard, Finn Russell said, 'I'm not f***ing kicking it'.

To Tindall's mind, England turning down that kick at goal - when awarded a penalty - was a big error. He commented, "Penalty, 39 minutes, 15 seconds. Scotland have just scored. easy three points. Puts them 27 ahead. Would you not have just taken that? Yes, they've just scored but you've then taken the momentum back."

Little moments with big consequences but, flipping hell, what a game!