Jack Miller: MotoGP is allowed to have characters because of Valentino Rossi

It's been a bittersweet week: we got to speak to Jack Miller but we have to say goodbye to a legend

The MotoGP season ends in Valencia, Spain, this Sunday and after a fantastic season that saw Fabio Quartararo lift his first title in the premier class and become the first Frenchmen to ever win the championship, all attention now turns to one man's last dance.

END_OF_DOCUMENT_TOKEN_TO_BE_REPLACED

We were lucky enough to get some time with Ducati's Jack Miller ahead of the season closer. Jack has had a fantastic year himself and he spoke to us about all things Moto, drinking champagne out of his shoes and the living legend that is Valentino Rossi.

So Jack, how have you enjoyed the season so far?

Yeah, it's been good, mate. It's nice to be at the back end of it: it's been a season of ups and downs, a season where we've enjoyed some great success and some not great, but it's been all-around a good racing season, you know.

We wrapped up the constructor's title last week and, hopefully, we can wrap up the team title this week and that would be a nice way to top it off.

As you say, you're fourth in the standings and still have Valencia to go - on course for your best finish in a MotoGP season. You obviously had those fantastic back-to-back wins but what do you think has been the difference overall this season? 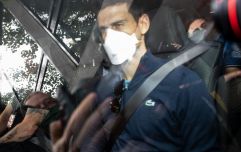 Australia confirms Djokovic is banned from country for three years

END_OF_DOCUMENT_TOKEN_TO_BE_REPLACED

It's been another growing year. First year in the [Ducati] factory team, for sure there have been some added pressures but, in general, its been a year of growth, of understanding and just coming into myself a little bit more; working out what was important, what I need to do to take the next step and I think we've done a lot of that.

For sure there's more to go, you know: the New Year is coming up quickly and I just look forward to having a couple of weeks of break and getting into it come the New Year and start it off strong.

Following on from those two wins, we've got to thank you for making the 'shoey' a thing in Moto. I know it's a bit of an Aussie tradition but in all my years of watching I don't think I ever saw Casey [Stoner] do it - maybe a couple of times in F1 - has that always been your celebration?

Jack Miller with the shoey 😂🤮 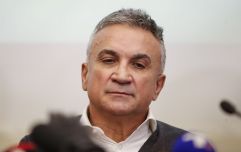 END_OF_DOCUMENT_TOKEN_TO_BE_REPLACED

Nah, it's sort of something the boys were doing back home and it just sort of kicked off; then Danny [Ricciardo] took it and ran with it and then got all the boys doing it - got Mark doing it, got everyone doing it. It's cool, it becomes a little bit of an Australian icon I guess you could say, so it's quite funny to be a part of that.

Yeah, it's good fun. Now, we obviously can't talk about the last race of the season without discussing Valentino Rossi - just how much is everyone going to miss him?

Ahhh, I mean the guy is an absolute legend. I'm just watching the press conference now where he was showing off all the bikes from the nine world titles: when you line them up like that it's pretty impressive to see just how big of a feat that was.

It doesn't get any cooler than this! 😎@ValeYellow46 sits down with his 9 title-winning bikes 🙌#GrazieVale | #MotoGP pic.twitter.com/kXqbjdqYx7

What more can you say that hasn't already been said: he's been an absolute role model for the sport and he's been a big part in developing the sport into what it is today.

To be a part of it for so long – he's been in the sport and the world championship as long as I've been on planet Earth, so that pretty bloody amazing and it's sad to see him go but I look forward to seeing what he does in the near future.

He's already been doing a lot already and he's been focused mainly on riding a motorcycle, so now that he does have to focus so much on [that] it'll be really interesting to see what he gets up to.

So you touched on it there: in terms of that legacy, just how much of an impact has he had on the sport compared to how it would have been without him?

Massive. I think we're allowed to have characters now simply because of Valentino. Everyone was sort of brash and quiet and didn't really show much emotion; since Vale came in and showed that you can be winning and doing all that as well as being a character and being someone that people can like.

An idol and a gentleman ❤️

Every rider in the MotoGP paddock gets a hug from Valentino Rossi as he prepares to say goodbye to the sport he transformed.

I think that was pretty cool and just not being like the typical robot, I guess you could say: showing your personality and making people laugh. The biggest thing was how he could be such a fierce and strong competitor but also enjoy himself at the same time and have fun with it.

In terms of the sport, you've obviously got the likes of Messi and Ronaldo in football, Jordan and LeBron in basketball, Schumacher and Hamilton in F1, so many different athletes that go down as the greatest of all time - where do you think Rossi fits in that?

He's the GOAT of motorcycling for sure. If you got motocross you've got your Ricky Carmichaels and your Stefan Everts as well, in road racing I think we can say we've got Mick Doohan, Valentino Rossi and more recently Marc Marquez. It's fantastic to say that I've shared the grid with at least two of those guys.

Can you remember the first time you met him and what kind of impression did he leave?

You know, I met him a few times even prior to going into MotoGP, probably in 2012 I met him at one of the parties or something like that. He was just a genuine, really nice bloke and knew who I was - and I was nobody at that time - and that going to the ranch in 2013 and being able to race with him there was absolutely fantastic.

To be able to ride with him there at his sort of base was an unreal experience for a 17-18-year-old kid. Going there and riding at your idol's place... it was phenomenal.

Well everyone knows who you are now: you've left quite the impression on the British fans. I think you're aware you've got a lot of affection over here - what does it feel like to be the honourary Brit on the grid?

Nah, it's fantastic, you know. I love the British fans, I love the British [commentators] here: for me, it's like a second home because at least I can go to them and speak English. But yeah, I love it and it's awesome to kind of carry that flag of being the 'honourary Brit' for you guys.

I'd love to give you guys something to cheer about, so hopefully next year we can really try to challenge for that top step.

Other than that, best of luck on Sunday - I'll be cheering you on from the sofa and I'll make sure to have a shoe and a bottle of something ready.

While Jack's is just getting going, 'The Doctor' rides out in MotoGP for the last time on Sunday. The end of an era and a farewell to a man who defined a sport. Thanks for everything, Vale.

popular
Andy Murray "incredibly irritated" by Cristiano Ronaldo 'SIU' celebration at Australian Open
Bride asks for divorce day after wedding following groom's disrespectful cake stunt
Piers Morgan sums up why 'Partygate' is so damaging in two minutes
A definitive ranking of every swear word from worst to best
Impotent man's partner accidentally sprays insulation foam inside penis during sex
Mystery thumb uncovered in original uncropped version of Prince Andrew pic
Referee who made AC Milan mistake was 'in tears' and 'state of shock' after the game
You may also like
News
Novak Djokovic speaks out after losing visa battle in Australia
News
Novak Djokovic will be deported after losing visa appeal
Life
A 10-year-old already owns two companies, and is set to retire at 15 as a multimillionaire
Sport
Australia cancels Novak Djokovic's visa for second time
Sport
Novak Djokovic faces fine or prison for breaking isolation while Covid positive
Next Page