Today JOE.co.uk is running a debate on the return of safe standing in football.

Banned in the top flight after the Hillsborough disaster of 1989, momentum has been building for a re-evaluation of the subject. 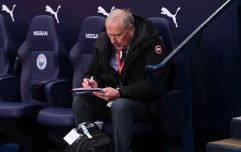 END_OF_DOCUMENT_TOKEN_TO_BE_REPLACED

It is used in the Bundesliga in Germany, and Celtic recently brought in a safe standing area in one section of Celtic Park, but there is still some opposition.

Margaret Aspinall, whose 18-year-old son James was killed at Hillsborough, states her opposition to calls for the introduction of safe standing on behalf of the Hillsborough Family Support Group (HFSG) of which she is chair.

“Our position on this matter is very simple – we do not believe there is any such thing as safe standing and we will always oppose the return of any form of standing. We have had many discussions on this as a group, recently and in the past, and when we had a vote on it the families voted almost unanimously that we do not want any form of standing brought back. 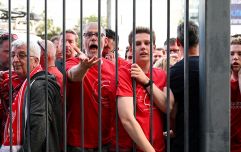 END_OF_DOCUMENT_TOKEN_TO_BE_REPLACED

“My main concern, and I hope that I am speaking on behalf of the group on the basis of the discussions we have had, is that I don't understand why anyone would even contemplate undoing something that's been fixed. Why take 10 steps backwards after taking so many steps forward and end up with nothing but hope that everything turns out okay when nobody can guarantee that it will?

“Safety is paramount and it has to remain so. I understand the arguments that are put forward about the cost of football and the atmosphere and anything that can be done to address those issues should be done but it shouldn't be at the risk of safety. I would also contest the idea that fans need to stand up in order to produce a good atmosphere, I have been to many games at all seater stadiums, especially Anfield, where the atmosphere is as good as it can be. It's people who make the atmosphere, not whether you are sitting or standing. 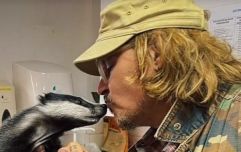 END_OF_DOCUMENT_TOKEN_TO_BE_REPLACED

“The suggestion that it would now be safe to stand because the pens have gone is something else that I would take issue with. If standing returns in any form it might be okay for 12 months and it could be okay for two years but how long would it take before the mistakes of the past are repeated? How long before there are calls for the return of fencing? How long before it is decided that a space that's designed to fit in 500 people can fit in a couple of hundred more? There is no need whatsoever to put football supporters at risk of the kind of the kind of retrograde steps that could put lives in jeopardy.

“The analogy that I would use is that when I'm driving I think that I'm a safe driver but I know that, like most drivers, the probability is that I make mistakes when driving and the possibility exists that accidents could happen. Human error is something we always have to take into account and that has been done with drivers because we are all required by law to wear seatbelts. When seatbelts were introduced there was an outcry in some quarters because there were people who did not want to wear them but it has been proven that this saves lives. All seater stadiums also save lives.

“In the years since all seater stadia were introduced I have not heard of any near misses at stadiums in this country. That is the evidence that we hoped for when they were first introduced. We wanted games to pass without incident, for people attending them to return home having encountered no significant risk to their safety. This has been achieved and it would make no sense whatsoever to do anything that would put such a positive development in jeopardy.

Today we're running a debate on the return of safe standing in football. Here are some of the key questions answered https://t.co/5ySRrZSj3X

“I know that it can be pointed out that people still stand at certain points in games in all seater stadiums, it is something that I have done myself at Anfield. I have stood up when Liverpool have scored and I've got all excited but I've put my bum back on the seat afterwards because I know all too well the dangers of prolonged standing.

“I never want to go backwards. I never want to think that my grandchildren could one day end up standing at a football match. I want families to be able to be as certain as they possibly can be that their loved ones will be as safe as they possibly can be and that they will return home once the match has finished. There is nothing to be gained by turning back the clock to a time when this was not the case.

“We paid a heavy price for all seater stadia, the highest price imaginable. I did not want to pay that price and neither did any of the families. But my concern now, no matter how it might be taken by some, is for their safety. I want them to be safe. I do not want another family to go through what we went through.

“This is an issue that continues to crop up, and often at sensitive times for the families, and it is not something that we want to continue addressing every time someone decides it needs to be on the agenda again. We might have had the truth about Hillsborough, or at least some of the truth, but we are yet to have justice and from our point of view we have got much more important issues to deal with.

“We should try to understand one another even if we do not agree but I would urge people to try to comprehend where the families are coming from on this because we paid a heavy price for people's safety and we do not want anyone else to have to pay the same price. That is our sole motivation, nothing else.”