GB athletes don't have it so good

There is an undeniable amount of money in sport - just not always for athletes competing at the Olympics.

END_OF_DOCUMENT_TOKEN_TO_BE_REPLACED

And if you're British, things are complicated when it comes to getting cash.

For the Olympic Games, arguably one of the biggest international sporting events in the world, appearance fees, and general earnings differ substantially between competing nations. Despite its name, a gold medal is not even made of solid gold, with this year's being made from recycled electronic goods and coated in just 6g of gold.

But besides immense bragging rights, a shiny new necklace, and critical acclaim, how much do successful athletes actually take home post-games? The figures differ from year to year, country to country, but some nations are miles ahead of the rest in terms of rewarding their star performers.

The Singapore national Olympics council is the highest paying country in the world.

QUIZ: Can you name these 5 players from their career paths?

END_OF_DOCUMENT_TOKEN_TO_BE_REPLACED

This year's host nation, Japan, gives their athletes a decent whack of cash, as well. 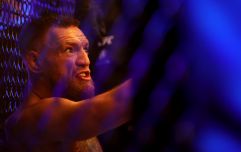 END_OF_DOCUMENT_TOKEN_TO_BE_REPLACED

Japanese competitors would earn 45,200 USD or 4,975,887 Japanese Yen for a gold medal in their respective sport.

However, should the Japanese baseball team achieve gold, the country will award the team a cash bonus of 10 million yen ($90,000). Having won the baseball tournament at the 1984 Los Angeles Games, Japan will surely be keen to secure gold on their home turf.

Surprisingly, the US is actually pretty far down the list in terms of payouts, with the likes of Kazakhstan, Thailand, and Italy all beating them with the amount they pay winning athletes. US Olympians will earn $37,500 for each gold medal in Tokyo, $22,500 for each silver and $15,000 for bronze.

However, American athletes are always sought after for endorsement and sponsorship deals. Swimmer Ryan Lochte was slated to earn $2.3m from multiple sponsors during the 2012 Olympics.

Gymnastics powerhouse Simone Biles is one to watch at this year's games, with ESPN suggesting she could bring home as many as five gold medals. Should this prediction come true, Biles could be in for a hefty payday from both her home country and a recent partnership with Athleta, Gap's female-focused activewear brand.

Though exact figures for this year's games have yet to be released, during the Pyeongchang Winter Olympics in 2018, South Korea's Ministry of Culture, Sports, and Tourism gave bonuses to entire teams and coaches. Even athletes who fail to place won KRW 3 million (£2,000).

But interestingly, cash prizes are not the only things up for grabs in South Korea. By the time they turn twenty-eight, all able-bodied Korean men are required by law to serve in the military for twenty months. However, should an athlete win a gold medal, the country will not require them to serve. Talk about a motivating factor!

But, regardless of the cheque at the end of the games, Russian athletes could walk away with a fresh pair of wheels. Since 2006, athletes have been awarded sports cars alongside their prize money. In 2014, they drove away in a Mercedes GL-Class SUV worth $146,500, and in 2018 they got the keys to a BMW X6 series.

The car of choice this year from Vladimir Putin has not yet been revealed.

Australia is one of the worst-paying countries at the Olympics this year. Their Medal Incentive Funding (MIF) program aims to "incentivise athletes to continue training" but payments to individual athletes are $20,000 USD for gold, $15,000 for silver, and $10,000 for bronze. Also, should an athlete win multiple medals, MIF will only pay them for their highest-earning medal. This means the highest amount they could take home would be $20,000.

Our home turf is slightly different in the way we pay our athletes. Where other countries give them a certain amount of money to use as they wish, the UK government makes things difficult. Upon winning in their chosen sports, athletes are moved to “Band A” of the “podium level athletes”.

The money comes from National Lottery and Exchequer income and is funneled to athletes as the governing bodies see fit. By signing their image over to National Governing Body (NGB), UK athletes can access a 'support' package. Law in sport says this includes:

UK sport estimates that this 'support' equates to between £36,000 - £60,000 per athlete per annum. In addition, athletes who are selected for the World Class Performance Programmes (WCPP) are entered into the Athlete Performance Award (APA), which acts as a direct payment made to the athlete to contribute to living and personal sporting costs.

However, it isn't all doom and gloom for the UK's top-performing athletes. Tom Daley, for instance, has sponsorships from Addidas, Argos, Etihad Airways, GUESS, and Matchless. It is believed Daley earned around £500,000 in sponsorship deals in 2012, and also cashed in £300,000 for the rights to his autobiography.

This year's Olympics are set to begin on Friday the 23rd, with some new additions to the much-loved games, including skateboarding and surfing.

The Women's football team are in high hopes for a victory, which would be a welcoming addition considering our defeat at the Euros.

The world is gripped to see its rising stars and Olympic staples battle it out for victory on the world stage. Bring home the gold Team GB!