US President, Joe Biden, is looking to defuse tensions and deter further action from Vladimir Putin, after the Russian leader ordered numerous detachments of his armed forces to line the border with Ukraine in the past month. 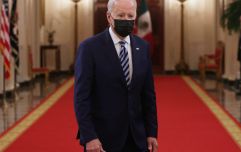 END_OF_DOCUMENT_TOKEN_TO_BE_REPLACED

In short, during a phone call on Tuesday April 14, Biden warned Putin that America will “act firmly in defence of its national interests”. According to an official White House press statement, Biden also "emphasised the United States’ unwavering commitment to Ukraine’s sovereignty and territorial integrity”.

Russian military personnel have been deployed to the Russian border and the Crimea, which was illegally annexed by Russia from Ukraine in 2014. Clearly, relations between the two countries are fractious and the fear of an all-out conflict is not only a real concern but a long-standing one; this is the largest assembly of armed forces along the Russia-Ukraine border and in the Crimean region since the expropriation.

As shared by Janes Intel Groups' Tom Bullock, you can see the build-up of what is believed to be a further 14,000 troops en route to the border and Crimea - both of which now have around 40,000 Russian soldiers stationed there:

The first spot of the Iskander column comes from unsurprisingly from Tiktok on 25 MAR 2021 on the highway between Ekaterinburg and Chelyabinsk. Note the white camo and the number 121 on the first green transloader. pic.twitter.com/1o2A72ECEB

Kremlin Press Secretary and Putin's spokesperson, Dmitry Peskov, has downplayed suspicions, stating that the military movements were an "internal affair"; however, he also accused Ukraine of staging "provocations" of their own.

The government has been clashing with pro-Russian separatists in the eastern Donetsk and Lugansk regions since the annex. Despite agreeing on a ceasefire last year, both sides blame each other for hostilities and, according to Peskov, any interference from NATO would see Russia "forced to respond". 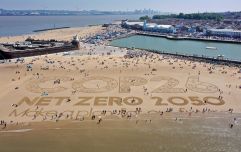 What the hell is COP26 and will it actually change anything?

END_OF_DOCUMENT_TOKEN_TO_BE_REPLACED

NATO has similarly urged Russia to de-escalate and while Ukraine's Foreign Minister, Kuleba Dmytro, was in attendance at the press conference, he maintained that country's stance is one of peace, he stated that they need "direct support, aimed at strengthening defence capabilities" as Russia continues “drastically intensifying its belligerent propaganda".

With the temperature rising between the two, Biden is also believed to have called for a summit between the two nations, as American and Russian relations have also been called into question since the 2016 election. This would be the first meeting between the recently appointed president and Putin since Biden labelled him "a killer" with "no soul" - to which Putin responded, "take's one to known one".

It is unclear whether this meeting will go ahead or whether the Ukrainian president, Volodymyr Zelensky, would be part of the negotiations. Ukraine has ruled out any offensive against pro-Russian separatists and has only called on NATO for further protection. 26 Ukrainian soldiers have already been killed since the start of the year, with more than 13,000 deaths since 2014.

Biden’s call looks to have been in hopes of preventing further bloodshed and an outright conflict, rather than achieving any real kind of diplomacy between the US and Russia. The White House Press Secretary stated that “what we’re working toward is predictable and stable. We’re not looking for an establishment of trust as much as a predictability and stability”.

popular
Patrice Evra slams Jamie Carragher for criticising Cristiano Ronaldo
Machine Gun Kelly stabbed himself in front of Megan Fox to look cool
Horrifying footage shows cop fatally shoot man in wheelchair 9 times
Prince Andrew 'flew with sex slave' who was 'frozen with fear', court told
A definitive ranking of every swear word from worst to best
Frank Lampard admits he 'felt terrible' over comments he made about Paul Pogba
Arthur Labinjo-Hughes: Dad and partner found guilty of killing boy who was tortured and starved
You may also like
Politics
Joe Biden reportedly farted next to Camilla and 'she won't stop talking about it'
News
Donald Trump says he'd knock out Joe Biden in a boxing match
News
No working US military dogs left behind in Afghanistan, Pentagon confirms
Uncategorized
US Marine fired after furious rant criticising Joe Biden
News
'Jill Biden failed the US by letting husband Joe stand for president', Fox host claims
Next Page