Hector Bellerín reveals how online abuse made him delete Twitter

Hector Bellerín has become something of a style icon as well as one of the Premier League's best full-backs. His interest in the world of fashion and flamboyant dress sense are a big part of his personality.

Sadly, he has received torrents of juvenile, homophobic abuse as a result from from trolls on Twitter, leading him to delete the app from his phone.

In an honest interview with the Times, the Spaniard opened up about how the online abuse affected him.


"Most of the abuse is online, but you hear it in the stadium too. People have called me ‘lesbian’ for growing my hair. There are other kinds of homophobic insults. I have learnt to grow a thick skin but it can affect you. Every now and again, you get a bit of self-doubt," he said. 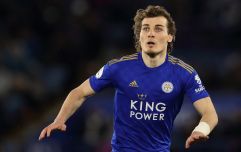 END_OF_DOCUMENT_TOKEN_TO_BE_REPLACED

On the negative reactions that some of his more out there outfits have received, Bellerín said that "the problem is that people have an idea of what a footballer should look like, how they should behave, what they should talk about."

"You act a little differently and you become a target. There is pressure to conform. This is very dangerous. In life, you should be allowed to express yourself. People are happier like this.”

Bellerín believes social media is a double edged sword. "It can be a blessing and a curse,” he said.

"When I first came into the ranks at Arsenal, the expectations were very low so people were often impressed when I played well. But then, when I played badly, the stick got crazy. The worst was a year and a half ago. A lot of people say nice things but it is natural to focus on the bad. For a while, I deleted the apps. Later, I decided to go back on. Twitter is a great source of information. Every day I am learning to deal with abuse in a better way.”