This, Antoine, is where trying to be respectful gets you with Luis Suarez: absolutely fucking nowhere

Antoine Griezmann, bless him, did his best to show what a decent fella he is after scoring France's second goal in their World Cup quarter-final against Uruguay on Friday. 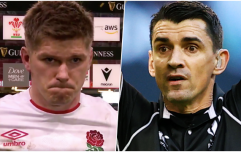 END_OF_DOCUMENT_TOKEN_TO_BE_REPLACED

His shot from outside the box had appeared comfortable for goalkeeper Fernando Muslera, only for some late swerve to cause him to fumble it into his own goal. Although the goal as good as confirmed France's spot in the last four, Griezmann summoned the strength from within to resist marking it with any kind of Fortnite-inspired celebration. In fact, he didn't even celebrate at all.

Afterwards, the Atletico Madrid forward explained why he'd chosen not to celebrate.

"I didn't celebrate because when I started as a professional I was supported by a Uruguayan who taught me the good and the bad in football and I have a lot of respect for Uruguay," he explained.

"I was also playing against friends, so I thought it was normal not to celebrate," he added, before saying other nice things about how much he loved Uruguayans and the South American country's culture.

Not that Luis Suarez gives a shit.

Word of Griezmann's respectful gesture has now reached the Barcelona striker, who clearly doesn't seem all that impressed. 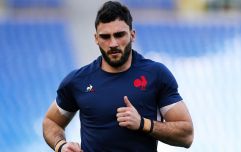 END_OF_DOCUMENT_TOKEN_TO_BE_REPLACED

"He's not Uruguayan, he's French and he scored a goal," Suarez told reporters.

"He doesn't know what we have to do to succeed in football. He will have his customs and his Uruguayan way of speaking, but we feel differently."

The former Liverpool striker also bemoaned the absence of Edinson Cavani as being a decisive factor in Uruguay's exit. The Paris Saint-Germain striker scored both goals for his country in the last-16 win over Portugal but also picked up an injury which prevented him playing against France.