Get your stupid, flashy hairstyles out of Garth Crooks' face!

Garth Crooks will not rest until every player is sporting a short back and sides.

Crooks typically uses his unmissable Team of the Week column to express himself with bonkers behaviour such as picking five-man forward lines, crediting David Luiz with a pass he didn't make and bizarrely leaving Jamie Vardy out of his Team of the Season after Leicester's Premier League triumph. 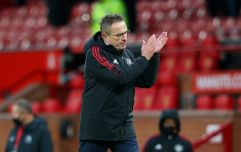 END_OF_DOCUMENT_TOKEN_TO_BE_REPLACED

If you're not seeking out the BBC pundit's column every Sunday night, then you really are missing out.

Crooks is a proper football man, apparently. And the former Spurs forward has absolutely no time for the flashy hairstyles that have become commonplace in the Premier League now.

Vibrant colours, shaved strips and creative cuts are sported by players up and down the country but Crooks wants rid of it all.

Crooks picked Chelsea defender Cesar Azpilicueta on the right side of a back three in his team at the weekend but, rather than spend too much time praising the Spaniard, Crooks suggested Azpilicueta have a word with Tiemoue Bakayoko.

"I just wish the Chelsea captain would tell Tiemoue Bakayoko to come to work suitably turned out," Crooks wrote. "The time and effort it must take the Frenchman to manicure and dye his hair - it was blue this week, and I dread to think what colour it will be next week - could be far better spent either on the training pitch or perfecting his English. 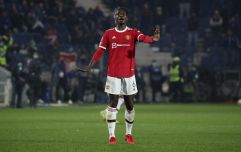 END_OF_DOCUMENT_TOKEN_TO_BE_REPLACED

"The great Ruud Gullit said he spent most of the time sleeping off double training sessions and had no time for niceties when he was a player. That is clearly not the case for Bakayoko, who clearly has too much time on his hands and dye in his hair. And Azpilicueta should tell him so."

This isn't the first time that Crooks has dedicated large chunks of his column to criticise players for spending a little bit of time on their hairdos. Or hairdont's if you ask Crooks LMFAO. 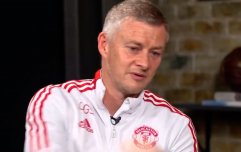 END_OF_DOCUMENT_TOKEN_TO_BE_REPLACED

"I only mention it because he clearly wants to bring it to our attention. There is so much for the midfielder to do at United and he still insists on behaving like an adolescent.

"Granted, a hairstyle is not going to determine how well he can control a ball or make a pass, but it does say something about where his mind is at the moment. If you are going to attract attention to yourself on a football pitch do it with goals and performances, not cheap gimmicks and marketing tricks."