Who knew Gregory Goyle would turn out to be such a bad ass?

Harry Potter fans will remember Goyle as one of Draco Malfoy's minions from Slytherin and the actor who played him, Josh Herdman, has since undergone a remarkable transformation to become an accomplished mixed martial artist.

END_OF_DOCUMENT_TOKEN_TO_BE_REPLACED

Herdman, 30, took to the cage on Saturday night for the promotion founded by former UFC bantamweight Brad Pickett and got his hand raised by split decision.

Herdman defeated opponent Sam Radley in a catchweight contest on the Rise of Champions card in Brentwood.

END_OF_DOCUMENT_TOKEN_TO_BE_REPLACED

Herdman made his MMA debut in 2016 and defeated Janusz Walachowski by unanimous decision.

The actor, who is also set to star in an upcoming film entitled Cagefighter, caught the fighting bug after his first bout and answered the call when 'One Punch' Pickett decided to offer him a second outing.

"I’m excited to get back in there because it’s been since April 2016 when I had my last fight and I always said I don’t want to have just one fight, I want to have at least two or three amateur fights and see what happens," he told the Press Association ahead of this weekend's fight.

"I’m excited to test myself. It’s generally a great experience, physically and mentally, preparing for a fight." 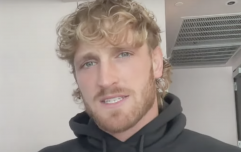 END_OF_DOCUMENT_TOKEN_TO_BE_REPLACED

For Herdman, MMA represented a way to instill a sense of discipline that he lacked when his life went off the rails as a youngster.

And while most practitioners use martial arts as a hobby and would never dare test their skills in a cage, Herdman clearly has a competitive thirst that needs to be quenched.

"If I’m honest I was a party animal, I was, like many young people are," Herdman said.

"But I had enough of it so I decided I was going to get fit and I knew I needed something to focus on and martial arts did change my life.

"You need a discipline, you need a tenacity, you need drive to keep at it.

"When you start you’re getting hammered, you are a novice.

"That is what a lot of people who start martial arts can’t get through and they don’t like it but it was exactly what I needed and it taught me a discipline, which I needed at the time, and a focus, it changed everything for me."