The United Soccer League (USL) is making a habit of picking up long-forgotten British and Irish players whose Premier League days are behind them.

Joe Cole is tearing it up in Tampa and Liam Miller is winding down his playing days with the brilliantly-named Wilmington Hammerheads, but one man having a less good time of things at present is Richard Chaplow. 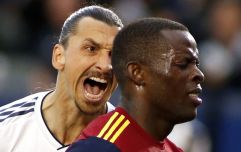 END_OF_DOCUMENT_TOKEN_TO_BE_REPLACED

The 31-year-old, who turned out for the likes of Burnley and West Bromwich Albion earlier in his career, now plays in California for the Orange County Blues alongside the likes of German defender Maurice Pluntke and Spaniard Oriol Cortes (don't worry, you're not meant to have heard of them).

He's already got off the mark in the third tier of US Soccer, scoring is second Blues goal in a 2-0 victory against the LA Galaxy's second string, but he's made headlines for the wrong reasons.

Chaplow has been handed a two-match ban for 'offensive and abusive language', reportedly relating to comments made towards Galaxy player Robbie Rogers during that recent league meeting. 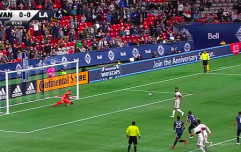 Ali Adnan produces one of the worst Panenka penalties ever attempted

END_OF_DOCUMENT_TOKEN_TO_BE_REPLACED

Rogers, one of few openly gay players currently active in football, revealed in a Facebook post that "In the heat of the last fifteen minutes of the game a player from the opposing team called me a "queer" repeatedly".

While he didn't name Chaplow specifically, the Englishman has felt compelled to issue a response in which he accepts the ban but says 'at no point in the game did I use homophobic slurs'.

'I would ask everyone to please read carefully the USL's statement and avoid misinterpreting it to what it does not say,' Chaplow writes.

'The statement clearly does not say that I directed homophobic slurs towards another player.'

The Orange County Blues have issued a statement of their own, in which they say a 'comprehensive investigation' was launched and there was 'no compelling evidence' proving Chaplow had used a homophobic slur. 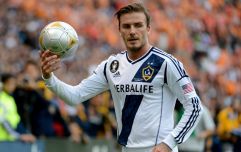 END_OF_DOCUMENT_TOKEN_TO_BE_REPLACED

The incident comes just days after Burnley striker Andre Gray was handed an FA charge relating to homophobic tweets posted in 2012 - something for which he has already apologised.

At the time of writing, Rogers and LA Galaxy II are yet to respond to the USL statement, or the comments from Chaplow or the OC Blues.