Hello dear readers. After a brief hiatus, I have returned to deliver your weekly dose of fantasy tips. During my time off - because I can tell you're dying to know - I went to New York for a few days. And let me tell you, the CONCACAF Champions League is one hell of a laugh. Terrible quality. I mean, dreadful, but it's hilarious. The songs are astounding due to their sheer lack of creativity. The Red Bulls ultras were singing 'fuck you Santos, fuck you' during their 2-0 loss to Santos Laguna. That's it, just 'fuck you'. Fair enough, it's straight to the point, and carries a certain charm, but come on lads. Try to be a bit more inventive.

END_OF_DOCUMENT_TOKEN_TO_BE_REPLACED

Anyway, as usual, there's football on this weekend, but unlike most weeks, some of the big guns won't be competing in the Premier League, with FA Cup ties also taking place. You should therefore take extra care when making changes to your fantasy team.

The Premier League fixtures taking place this week are:

Sunday: Fulham vs Liverpool and Everton vs Chelsea.

Meanwhile, Watford, Crystal Palace, Wolves, Manchester United, Manchester City and Brighton will all be playing in the FA Cup, so make sure to bench anyone from those sides. Now, onto the players you should include.

It goes without saying that Mané is on fire at the moment. His goal against Bayer Munich was a thing of beauty, demonstrating his tremendous awareness, control and skill to send Manuel Neuer off for a Bratwurst before clipping the ball between two defenders to put Liverpool in the driving seat. There's every chance that the Senegalese international will continue this rich vein of form on Sunday, as Liverpool travel down to Fulham, who have the worst defensive unit in the league. In fact, calling them a unit is generous.

END_OF_DOCUMENT_TOKEN_TO_BE_REPLACED

Chelsea have bounced back from the chaos that ensued after Kepa Arrizabalaga's act of insubordination during the Carabao Cup final, winning four of the five matches since that day, drawing the other to Wolves. It's only paper over the cracks, but with every win, Maurizio Sarri earns himself more time to instil his philosophy into this squad. Chelsea will expect to come away from Goodison Park with three more points this weekend, and considering how poor Marco Silva's Everton side are at defending set-pieces, you'd be mad not to include one of David Luiz in your team. His excellent long range passing could pick him up an assist, while the aerial threat he poses in the box make him a safe bet to get on the scoresheet.

The appointment of Brendan Rodgers has breathed new life into Leicester, and the most notable beneficiary of the new regime has been Jamie Vardy, who has bagged four goals in his last three goals. At 32, Vardy looks as fresh as ever, and will be hoping to extend his run of form with a goal against Burnley. 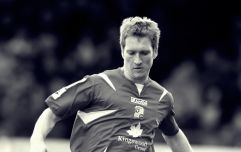 END_OF_DOCUMENT_TOKEN_TO_BE_REPLACED

Lanzini has only just returned from a lengthy period on the sidelines, having suffered a heartbreaking ACL tear just prior to last summer's World Cup. But he's back now, and looks ready to cause havoc during the business end of the season. West Ham play Huddersfield this weekend. Despite a change of manager mid season, the Terriers look doomed for relegation. It's a great chance for Lanzini to get back among the goals and kickstart his return to form.

Rondón has turned out to be one of the signings of the season. His all round game is perfectly suited to Rafa Benitez's counter-attacking style and his chemistry with Ayoze Perez is growing stronger by the week. The pair combined beautifully for Newcastle's first goal against Everton last weekend to kickstart their comeback, and the Venezuelan will be hoping to add another goal or two to his tally against Bournemouth on Saturday. At just £5.9m, he is something of a bargain for a striker with 107 FPL points to his name.