The football is officially going on forever

END_OF_DOCUMENT_TOKEN_TO_BE_REPLACED

Despite the obvious lack of goals this weekend, the football was exceptionally enjoyable. Mauricio Pochettino squaring up to Mike Dean; wondering whether Manchester United were going to finish the game with eleven players; Kepa Arrizabaaga flat out refusing to come off. It was English football at its finest. Just pure, unadulterated Barclays. Football is ultimately entertainment, and I for one was thoroughly entertained.

And the best news? We've got an entire round of Premier League fixtures this week to enjoy. On that note, here are this week's fantasy tips.

Kane marked his early return from injury with a goal against Burnley this weekend, a goal that should have secured a point for Spurs but ultimately wasn't enough as Ashley Barnes scored a late winner. But Kane looks sharp and ready to fight tooth and nail for the golden boot, even if Spurs' title hopes look to have slipped away. He's not cheap, but you get what you pay for with Kane: goals. Spurs head to Stamford Bridge on Wednesday, where the atmosphere will be tense to say the least after Sunday's debacle.

Wolves head to the John Smith's Stadium on Tuesday to play Huddersfield, who are - and I'm sure their fans won't mind me saying this - dreadful. Rock bottom on 11 points, they look doomed. Wolves will almost certainly win, so if you're looking for a cheaper alternative to Kane, Jimenez is your man. With 10 goals and seven assists this season, his contribution to Wolves' attacking play is huge.

The 1892 Pledge: This is what Newcastle fans want

END_OF_DOCUMENT_TOKEN_TO_BE_REPLACED

Crystal Palace welcome an injury ravaged Manchester United to Selhurst Park on Wednesday off the back of Saturday's empathic 4-1 victory over Leicester City. With Jesse Lingard and Marcus Rashford both likely to miss the game, Van Aanholt shouldn't be troubled too much defensively and will be keen to bomb up the left flank in support of Wilfried Zaha. The Dutchman has racked up 99 FPL points this season - not bad for just £5.4m.

The personification of 'streaky', King tends to go on goalscoring runs before enduring long droughts. He's back among the goals after scoring an important penalty against Wolves, and should have a fair few chances against Arsenal on Wednesday. They are, after all, Arsenal, who play Shkodran Mustafi in defence. Need I elaborate further? 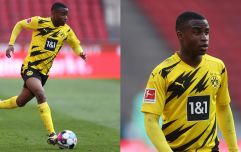 END_OF_DOCUMENT_TOKEN_TO_BE_REPLACED

After Aymeric Laporte's injury in the Carabao Cup final, Otamendi will return to City's starting XI for the foreseeable future. He has his rash moments, but playing in a side that keep plenty of clean sheets and win most of the time, he's a pretty low risk transfer. Only 2.4% of FPL managers have selected the Argentine, but that number will likely rise very soon. Get him while he's hot.