An extremely useful guide to being a massive dickhead on FIFA

Well we've got a solution for you. Instead of using the controller to press X and wiggle the stick to score goals, why not try another tactic? Why not try being a massive dickhead instead?

It's a bold tactic, but one that apparently pays off for a significant portion of the FIFA community, so if you want to join in on the shithousery, here's everything you need to know.

To start the process of becoming a true FIFA dickhead, you want to choose the most obnoxious name that you can think of. This will ensure that your opponent will know what they’re in for.

For example, the username xix_FiFA_KiNG_xix will fit perfectly. Try it for yourself.

You can practically smell the shithousery already, can't you? 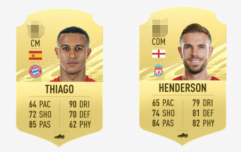 QUIZ: Which footballer has the higher FIFA rating?

END_OF_DOCUMENT_TOKEN_TO_BE_REPLACED

An opponent has been found and you’re at the kit selection screen.

Do you pick a kit that is an entirely different colour to your opponent’s to avoid confusion? Do you fuck? Pick the kit most similar to your opponent to make sure chaos ensues when they accidentally pass the ball to one of your players in a game.

If this isn't possible due to colour contrast, try to prevent them from choosing their favoured kit (usually the home kit) just to wind them up a bit.

Do you have a microphone for your console? Utilise it. Place it next to your television speakers for the entirety of the game so that your opponent hears a deeply irritating echo of everything broadcasted.


Alternatively, if you wish to trash talk your player throughout the match, opt for the most intolerable music you can find and blast that shite on full volume. We suggest a gabber playlist. 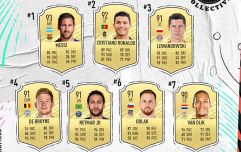 END_OF_DOCUMENT_TOKEN_TO_BE_REPLACED

If it’s your kick-off, immediately pass the ball back to your defenders to have a little kickabout of their own, knocking it back and forth with the keeper. Maybe throw in a couple of keepy-uppys to make sure your opponent is really pissed off.

If it isn’t your kick-off, try to claim the ball as quickly as possible, then do exactly the same as the above. Your opponent will be seriously narked off and will then attempt to tackle the ball from you.

Once a decent number of players are helplessly running after the ball, simply hit an over-the-top through ball to one of your 90+ pace strikers to sprint to the other end of the field.

5. Scoring a goal – with a teammate


The time has come. You’re one-on-one with the keeper and a simple finesse shot will surely give you a goal. But wait, what’s this? Your teammate is running up beside you? It is your duty as a dickhead to unnecessarily square that ball to him for an open-net finish.

6. Scoring a goal – without a teammate (bonus penalty edition)

The time has come (again). You’re one-on-one with the keeper and a simple finesse shot will surely give you a goal.

As per instruction, you look over your shoulder for a trusty teammate, but hold on a minute, the poor fucker has pulled his ACL after sprinting 20 metres. Not to worry, there’s always Plan B.

When the keeper approaches you and goes in for the tackle, make sure you twat that ball as far away as possible, so that he collides into you with the force of a thousand rhinos.

Now that you have your ill-earned (but technically legal) penalty, it's time to sink the bastard.

Your best striker steps up to the ball, ready to strike it top-bins and jump into the crowd. Unfortunately for him, you’re a FIFA dickhead now, so there’s absolutely no way that he’s taking this penalty.

Switch to your goalie with 17 PKS to really ramp up the pressure. Now chip it like the horrible bastard you are and watch the ball glide in while your opponent looks on in horror.

You're getting good at this dickhead business.

Remember that goal you just scored five seconds ago? All your memory functions working okay?

Well that doesn’t matter because we’re going to watch all of the replays anyway. The slow-motion footage of being chipped by Jack Butland will surely drive your opponent to madness.

And if that wasn’t enough, be sure to pause the game at the end of the replays so that your opponent has time to think about what’s just happened to them. Usually this will resort in a forfeit and a 3-0 win for yourself.

You’re 1-0 up. Do you go on to up your tally and send more past their keeper? Again: Do. You. Fuck. Pass that spherical piece of leather right back to your defence and pass it around the back like it’s nobody’s business.

This game is yours. They're well and truly rustled. You’ve got them on strings. Just knock it about like you're down the park without a care in the world, and feel the seething hatred rise.

Congratulations. You are now officially a FIFA dickhead.


popular
Can you guess which countries these beers are from?
QUIZ: Can you guess the 90s children’s TV show from the character or presenter?
Real Madrid post 45-word farewell to four-time Champions League winner Gareth Bale
QUIZ: Can you name the 5 Liverpool players in 15 seconds?
You simply won't get full marks in our international football crest quiz
Jurgen Klopp scolds Liverpool players for cheering Chelsea red card
The Mountain explains how he's been dieting to lose 36kg for Eddie Hall fight

You may also like
Gaming
This robotic scorpion gaming chair has a massage seat and can support up to three monitors
Sport
A really cool new addition is coming to FIFA 21 Career Mode
Entertainment
Hands-on with the Tony Hawk's remaster - time to get excited
Sport
Paul Pogba joins competitive Call of Duty team
Entertainment
QUIZ: Name the PlayStation 3 game from just a screenshot
Next Page