The first game on Saturday will make history beyond being Albania's first appearance at a major tournament. The Group A game between the Balkan side and Switzerland will be the first time two brothers play against each other in the European Championships.

END_OF_DOCUMENT_TOKEN_TO_BE_REPLACED

Granit Xhaka, the Swiss midfielder, will face his older brother Taulant Xhaka in Lens, and it's safe to say he's not excited by the prospect when the draw was made, saying: "It's a crappy feeling. That was the last thing we wanted."

Thaulant is a 25-year-old right-back who can be used in a defensive midfield position. While Granit, who recently signed for Arsenal for around €45m, is a creative midfielder, an excellent passer who will add some much needed steel to the Gunners' midfield next season. They could end up marking each other on Saturday.

The brothers were both born in Basle, to Albanian parents. Granit had been undecided on which country to represent, but opted for the country of his birth after claiming the Albanian FA had failed to make contact with him.

"The Albania national team never showed an interest in me, but Switzerland did. With my brother it was a different story."

The Xhaka household, outside of the two brothers, will most likely be hoping for a draw. 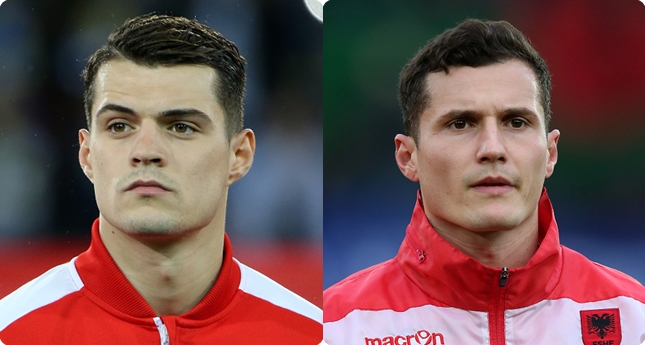 Wales will be hoping Martin Skrtel's poor form with Liverpool towards the end of last season continues in their Group B opener in Bordeaux. The 31-year-old is part of a Slovakian defence that only conceded eight goals in qualifying, but are getting on a bit and lacking pace.

END_OF_DOCUMENT_TOKEN_TO_BE_REPLACED

Ján Ďurica, Skrtel's central defensive partner, is 34-years-old, and both will have had nightmares this week about being turned by Gareth Bale.

Against Ireland back in March, Sloavkia had only 41 per cent possession and will most likely cede the ball to Wales, attempting denying space to Bale and Hal Robson-Kanu, who's role in the Wales team is to run around and create space for the roaming Bale. 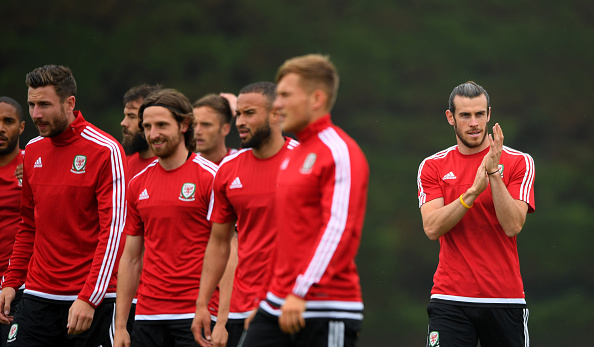 The Real Madrid forward is used to playing against teams who sit deep, and he'll need to draw on all his experience because history suggests if Bale doesn't score, Wales don't win. The 26-year-old scored seven of the team's 11 goals in qualifying.

Wales also are not set up to play on the front foot, their three man defence may be unnecessary against a team with one striker,  and could struggle to break a rigid team who will be terrified about giving Bale any space to run into.

Following Wales' defeat to Ukraine back in March, Chris Coleman admitted that teams will target his side's vulnerability at set-pieces. "It's definitely something we need to go and work on," the Wales manager said.

However, whatever work they've done doesn't appear to be working and the side conceded once again from a set-piece against Sweden in their final friendly before Euro 2016.

Wales have conceded five goals from set-pieces in their last seven games - Giovanni Trapattoni would be disgusted - and it's fair to say if they were going to correct the problem, they would have done so by now.

Don't be surprised if Slovakia captain Marek Hamsik sets up Skrtel to score with a header from a dead ball situation during Saturday's game. 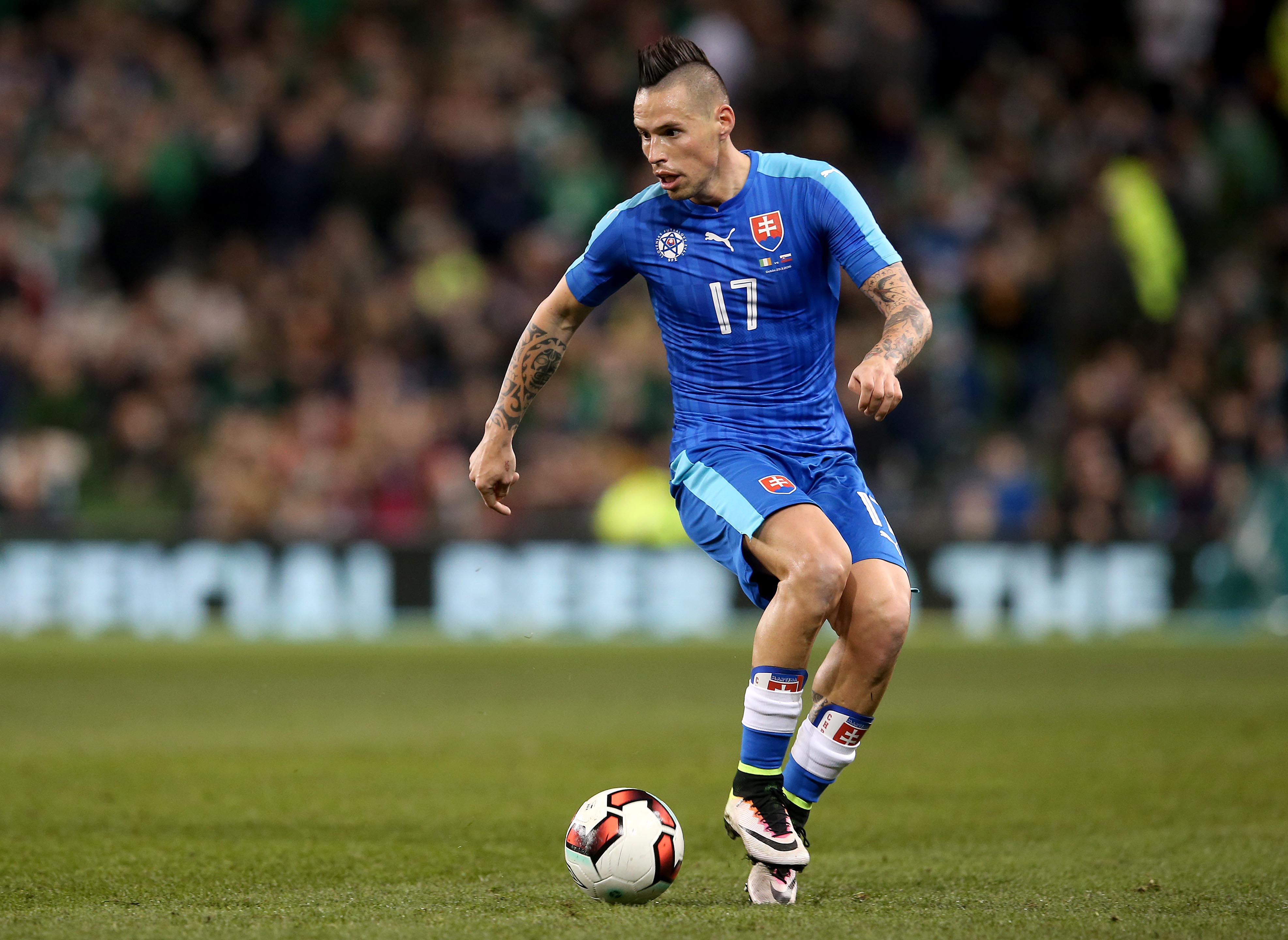 England's central defenders are not what they used to be. Whereas they once had Tony Adams, they now have Gary Cahill, Chris Smalling instead of John Terry, John Stones rather than Rio Ferdinand. A soft-central defence appears to be England's major weakness going into Euro 2012.

Russia's Artem Dzyuba could prove a handful for Cahill and Smalling in Marseilles. The 6'5" forward scored 15 goals in 30 league games for Zenit St Petersburg last season - only Robert Lewandowski and Cristiano Ronaldo scored more in the Champions League - and has an impressive nine goals in 18 international caps. 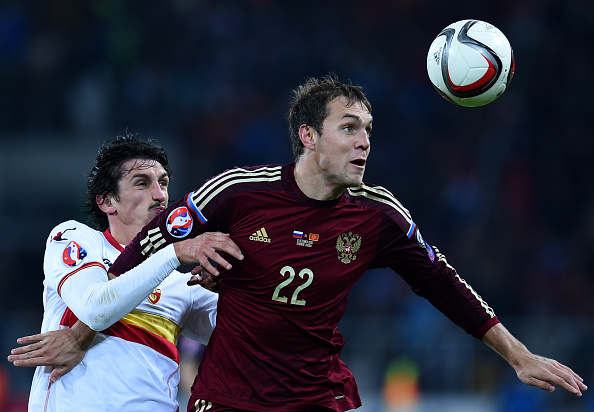 He was involved in half of Russia's goals in qualifying, and the old cliché about having good feet for a big man applies to the 27-year-old, who is comfortable with the ball at his feet as when played directly.

They're on the same side, but there's a chance the England's captain and former golden boy could get in the way of their new golden boy Delle Ali. Rooney looks set for a midfield role against Russia, with Ali playing deeper and, crucially, further away from his Spurs' team mate Harry Kane.

Ali set-up seven of Kane's 25 goals in the Premier League last season - the most common assist to goalscorer combination in the division - and the pair showed their club form back in March when England came from behind to beat Germany 2-3. 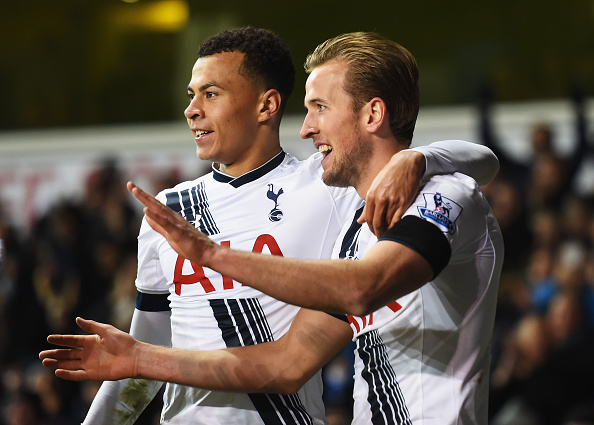 England looked disjointed against the Netherlands last week, with the United captain playing behind Kane and Vardy, pushing both wide, and Ali was unable to link up with his Spurs' team mate.

Although Vardy has been dropped to the bench, Rooney's presence could, once again, disrupt the combination play between England's most exciting attacking players.