In partnership with DAZN Boxing

Eddie Hearn has hit back at Dana White, after the UFC president recently criticised professional boxing. 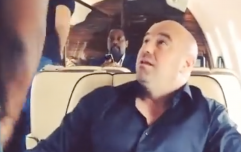 END_OF_DOCUMENT_TOKEN_TO_BE_REPLACED

Hearn was speaking to JOE in partnership with DAZN, ahead of Canelo versus Billy Joe Saunders this Sunday, May 9 (UK).

In anticipation of the clash between two of boxing's biggest stars, Hearn said:

"Canelo's very strong and he's so confident at the moment. He just believes he can beat everybody." 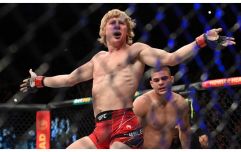 END_OF_DOCUMENT_TOKEN_TO_BE_REPLACED

The Matchroom Sports boss believes Saunders has a real chance, however.

"Billy Joe Saunders is probably the most difficult fight for Canelo Alvarez in boxing. 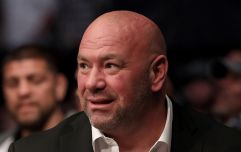 END_OF_DOCUMENT_TOKEN_TO_BE_REPLACED

"You've seen Canelo against some good movers in boxing and he's struggled a bit."

The conversation then moved towards criticism levelled at boxing from some of the UFC's major players.

In the wake of Jake Paul's win over Ben Askren, UFC president Dana White told media that boxing is "in a bad place" due to the novice YouTuber's success.

While Eddie Hearn admires much of the UFC's approach, he ultimately believes boxing will forever be the bigger draw.

"Boxing is bigger than MMA, okay, globally. It has more history, more credibility, but the UFC is red hot.

"And it's red hot because the best are fighting the best. I'm jealous of that system.

"I'd love to be in a spot where I just say, 'Right, you're fighting him, your money is set within your contract you signed two years ago. Good luck, see you there.'

"But it doesn't always work like that. I feel like the big [boxing] fights will always outweigh the big MMA fights."

Watch Canelo vs Saunders live on Sunday 9th May at 4am (UK) on @DAZNBoxing via the DAZN app or visit DAZN.com