And there's nothing wrong with that, considering the amount they've probably paid for the broadcast rights for the 2017 British and Irish Lions tour of New Zealand. 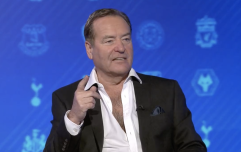 END_OF_DOCUMENT_TOKEN_TO_BE_REPLACED

Thanks to steely nerves from Owen Farrell late on in the Second Test, the series was tied at 1-1 due in no small part to the red card picked up by Sonny Bill Williams midway through the first half on Saturday morning.

A victory next week in Eden Park will deliver the Lions' first tour victory over New Zealand since 1971, which is a big deal. 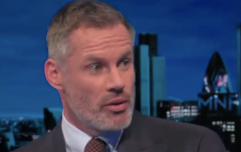 END_OF_DOCUMENT_TOKEN_TO_BE_REPLACED

Nobody is doubting that a 2-1 series win for Warren Gatland's men would be a huge feat but one comment from Sky Sports' pitchside reporter seemed a bit excessive to cynical viewers.

The Irishman wasn't half as excited as the man interviewing him, as he calmly responded to the heavy claim, brushing it off with: "Sure that's what we're here for."

Claiming that immortality, which is defined as eternal life/the ability to live forever, will greet a group of rugby players if they score more points over 80 minutes than the other 15 men on the pitch does seem a bit much, doesn't it?

Some couldn't help but laugh at the dramatic suggestion.

Interviewer to SOB: "Immortality beckons. You know that, don't you. Immortality is beckoning."

"Immortality beckons"????? That sky dude needs a kick in the hole. #lions

@SkySports calm your commentators down. They are like 14 year olds. It's embarrassing. "Immortality beckons" #embarrassing#abvbils