Don't mock Oscar for moving to China, he's taking a step into the future

Last January, a Premier League player told a friend that in the dressing-room of his club, one subject was dominating discussion above all others.

Cristiano Ronaldo may have said, when asked if the scandals at Fifa bothered footballers, that players spoke about women, fashion, shoes, jewellery and haircuts when they are together, but something else was distracting them in at least one dressing-room earlier this year: China.

The aggressive purchases from clubs in the Chinese Super League had captured the imagination of some players.

When the transfer window opens next month, it is likely to be the subject for discussion once again as clubs in the Chinese Super League make another aggressive advance in an attempt to raise the standard of their league.

Oscar is expected to leave Chelsea and, in the process, many believe he will be leaving a meaningful career behind.

For some, he is entering an alien world and a mediocre league, but a player brought up in Sao Paulo probably already feels a long way from home.

China may present a more daunting challenge, a world that is harder to understand, with a league that has no real standard or tradition. Philip Larkin might have said he’d wouldn’t mind seeing China if he could come back that day, but the footballers will be making a greater sacrifice. The best years of their careers will be spent playing for inferior teams and thinking only about the money, according to their critics.

But that doesn't mean that this doesn't signal the beginning of something significant. In the Premier League, more than most, they will know that this is how change can come. 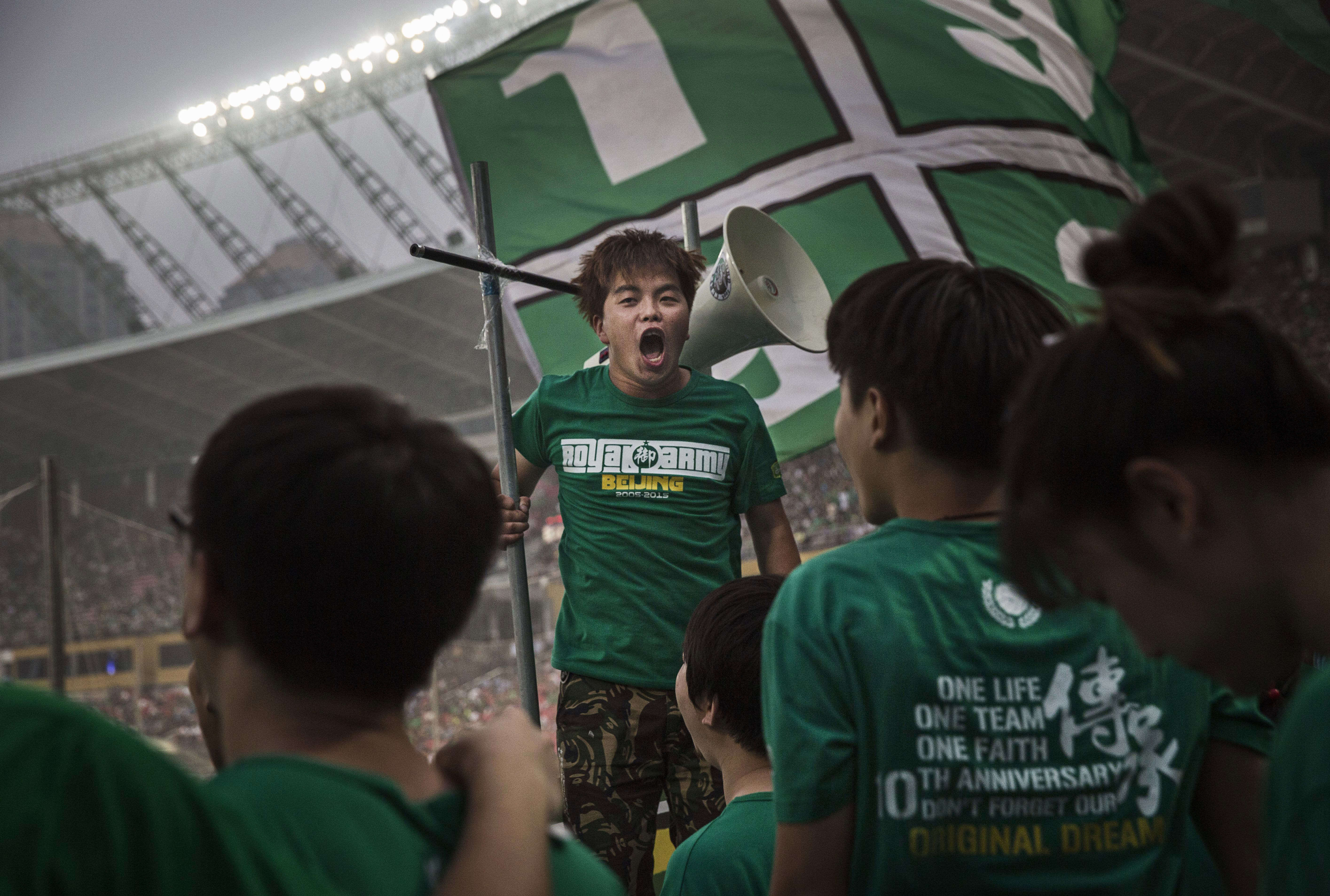 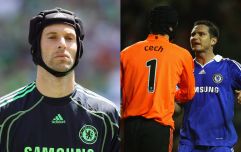 END_OF_DOCUMENT_TOKEN_TO_BE_REPLACED

“Of course, the Premier League should be worried,” Arsene Wenger said last February. “Because China looks to have the financial power to move a whole league of Europe to China. We are long enough in this job to know that it’s just a consequence of economic power and they have that. Will they sustain their desire to do it? Let’s remember, a few years ago, Japan started to do it and slowed down after. I don’t know how deep the desire in China is, but if there’s a very strong political desire, we should worry.”

Wenger has never lost his ability to anticipate the future, even if he is no longer capable of altering it.

The desire for football to grow in China is driven by the country’s president, Xi Jinping, a football lover, who set China the target of becoming a football superpower by 2050 in June and he may have more power to achieve it than, say, Greg Dyke with his clock ticking towards the 2022 World Cup final in Qatar.

The league has struggled with corruption and the national team recently lost at home to Syria so clearly there is a long way to go.

The reaction to recent defeats - they also lost to Uzbekistan - has led many to question Xi’s vision, but he has planned that, by 2020, China will have 20,000 training centres and 70,000 pitches.

Those who arrive now may help develop the league, but the rise of the league doesn’t depend on the success of the national team. A newspaper in Beijing recently expressed concern that the highly paid foreign players were in danger of provoking “psychological changes in the Chinese players…On the one hand, Chinese players want their salaries to be in line with the foreigners; on the other, dependency on foreign players is also affecting their training, competitive power and ability.” 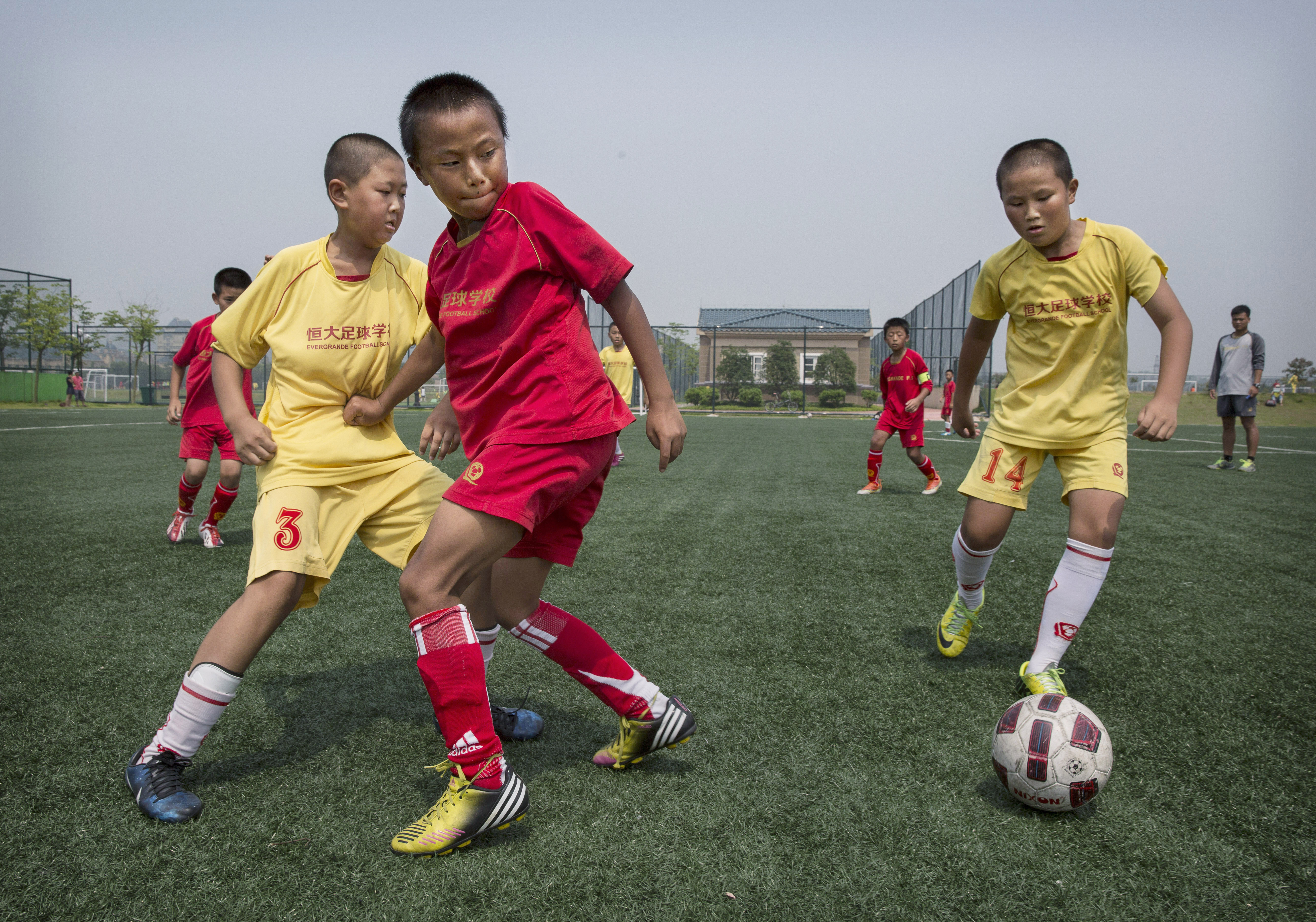 
Others have expressed similar concerns. “In the Chinese Super League they have world-class coaches, overseas players and resources,” Ting Wai-kit told the FT in October. “But all these are somewhat irrelevant to the national team and almost causing damage. Because the Chinese players now don’t know what to do without the overseas players.” 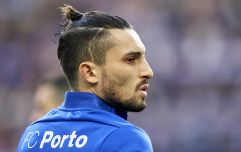 END_OF_DOCUMENT_TOKEN_TO_BE_REPLACED

This sounds familiar. The Premier League has risen to its position as the world’s most popular league accompanied by complaints that it is harming the England national team which has nonetheless managed to maintain a remarkable level of consistency - never getting better, never getting much worse - throughout the years of the league’s success.

England, too, lost ignominiously recently, but no player considering a move to the Premier League would think that the defeat to Iceland at the European Championships had any bearing on their decision. 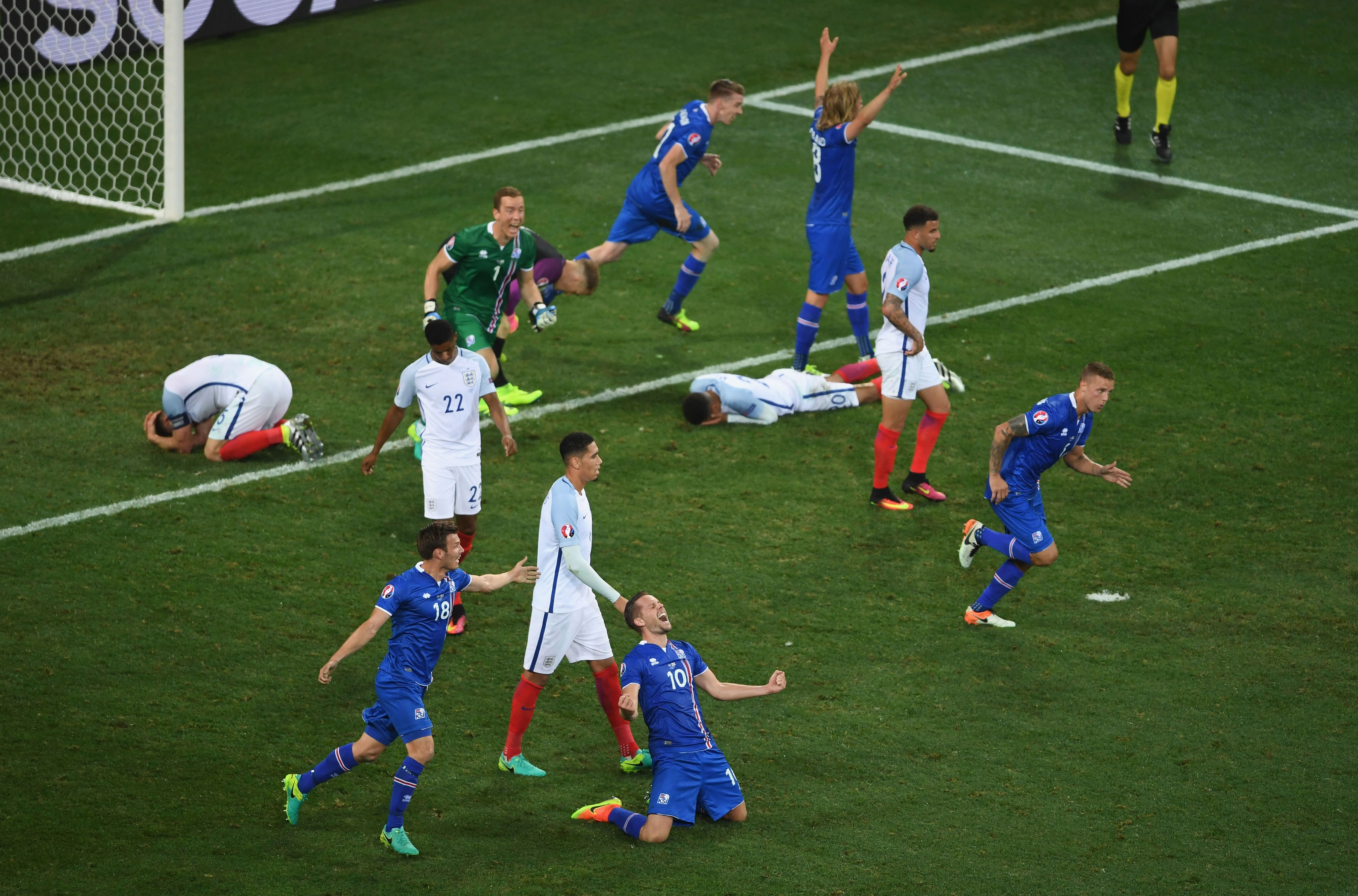 Those who decide to go to China will be swayed by the financial offers and the choices made by those who have gone there before. They may have doubts about the standard of football, but they can be overcome, in part by their presence.

In January, 2016 Ramires left Chelsea to sign for Jiangsu Suning for a £25 million fee. Shortly afterwards, Alex Teixeira - previously a target for Liverpool - joined Ramires at Jiangsu Suning for £38 million. Jackson Martinez left Atletico Madrid to join Guangzhou Evergrande, who have average crowds of 45,000, for £32 million at the same time.

Chelsea are expected to sell Oscar to Shanghai SIPG - who signed Hulk for £45 million last summer and are paying him £340,000 a week - for £60 million when the transfer window opens. Carlos Tevez is reportedly being offered £615,000 a week to join Shanghai Shenhua and Edinson Cavani has been linked to Tianjin Songjiang, coached by Fabio Cannavaro.

Others in the league include Gervinho, Graziano Pelle, Paulinho and Demba Ba. When the figures are thrown out there, it isn’t hard to see what attracts these players to China. 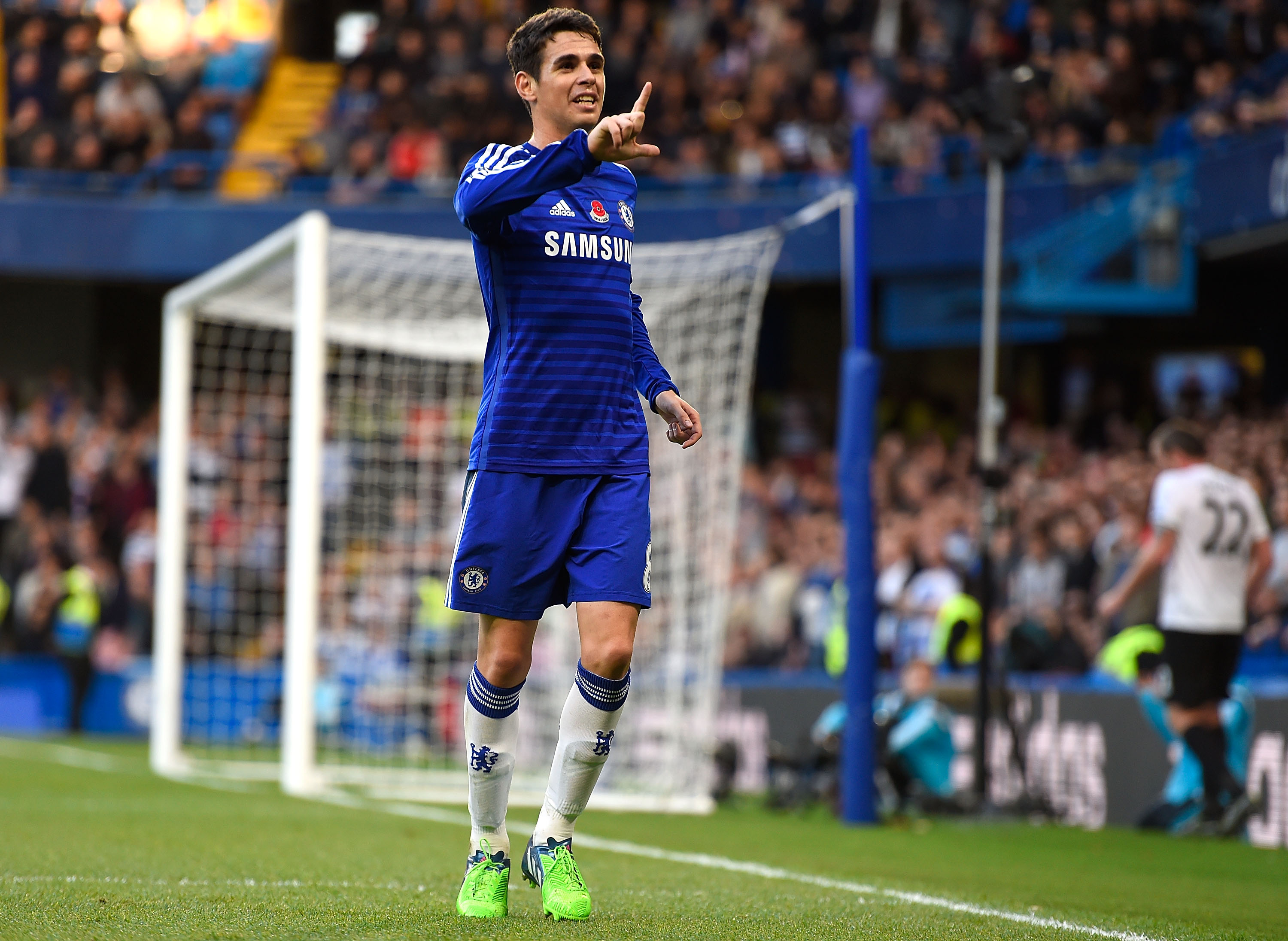 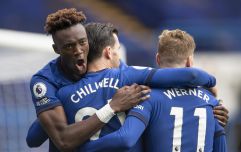 END_OF_DOCUMENT_TOKEN_TO_BE_REPLACED

They have a chance to become very rich, richer even than they would in European leagues and some consider this to be a problem.

They are said to have abandoned the best years of their career to worship at the altar of greed.

But perhaps that is what they believe the best years of their career are for. After all, these players left home a long time ago and they left home with the belief that football would allow them to achieve wealth for themselves and security for their families.

They are doing nothing different than those who turned up in various unheralded parts of England in the 1990s and tried to make sense of their surroundings while understanding their salaries easily enough. They are just doing it on a greater scale which is only to be expected when China is involved. 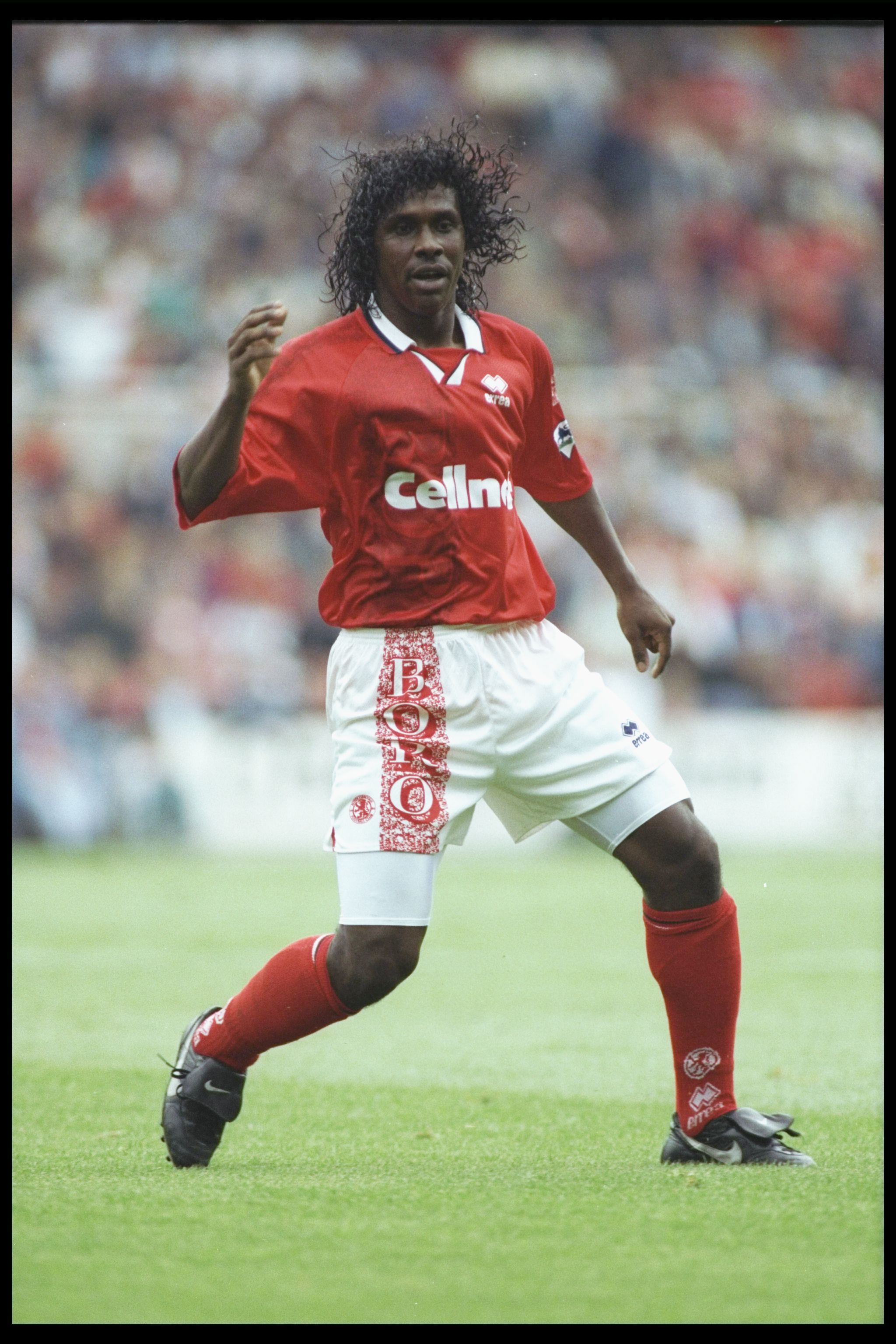 China may seem a strange place to go during the peak years of your career, but it is arguably less strange to those who have landed there than Middlesbrough, Bradford or Portsmouth must have seemed ten or twenty years ago.

In doing so, they will be part of a transformation. China’s expansion into football is intended to give them the soft power which they lack despite their massive acquisition and investment economically globally in the past twenty years.


If the will remains, they will become a superpower which can offer footballers who have already decided to move far from home more than any other league.

Wenger likes to say that footballers can only sleep in one bed when he tries to persuade them that money isn’t everything, but he knows that it is always enough to influence many.

The Premier League’s reputation was built, in part, by those who decided that money could compensate for the lack of prestige they felt playing for clubs they had never heard of.

There was, of course, a tradition in the league which doesn’t exist in China, but tradition, as Woody Allen said once, is the illusion of permanence.

In 1995, the idea that the world’s best players would consider Chelsea an ideal destination would have been laughed at. In 2003, they had the economic power to make that a reality. They may have no history or tradition according to rival supporters, but soon they had success and nothing else really mattered.

It may be harder to gauge success in China now, but if the league becomes competitive, they have the population and the means to ensure that Europe looks like a tired, jaded world.

Money may be the most critical part of the deal, but the more players like Oscar who make that choice, the more reality will change. It is a definition of insularity to believe that a league so far away with so many cultural differences can have nothing to offer but money.

The Premier League used tradition and money to achieve its power. China will overcome the absence of one by powerful use of the other and maybe they will show that tradition, in some cases, can appear to be the last refuge of those who fear obsolescence.