In Dante's Inferno, those sinners who enter hell are handed ironic punishments in keeping with their crimes in life.

And we'll be honest, we didn't expect Czech football club Sparta Prague to carry the concept into the 20th century.

END_OF_DOCUMENT_TOKEN_TO_BE_REPLACED

Goalkeeper Tomáš Koubek and midfielder Lukáš Vácha were so incensed by a poor call from a female official during Sparta's 3-3 draw with FC Zbrojovka Brno that they made sexist remarks claiming women belong "at the stove".

And the Czech pair, club teammates of former Arsenal man  Tomáš Rosický, have been ordered to train with Sparta's women's team as punishment.

CEO Adam Kotalík called the players comments' unacceptable,' in a statement published on the club site.

'In addition to becoming ambassadors for the Women's Champions League, both will report to the head of women's football at Sparta, Dusan Žovince, and attend several training sessions with one of our female teams, to see for themselves that women can be handy not only at the stove." 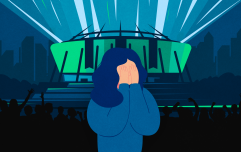 END_OF_DOCUMENT_TOKEN_TO_BE_REPLACED

Koubek has since apologised for his comments on Facebook, writing: 'I wasn't meant chauvinistically, my statement was directed at a specific person and situation that arose in the game...I love my girls and I want to prove something in life, what we're proud of.'

Vácha has also issued a statement, in which he says his comment was 'directed to a specific error which affected the outcome of the game, not for any other women'.

'I support women in male sports, and also female football fans,' he adds.

popular
Micah Richards winds up Roy Keane with Alf Inge Haaland joke
Boris and Carrie put south London home on the market for £1,600,000
New heatwave this week will be longer than July's - and Brits told not to have barbecues
Inbetweeners star Joe Thomas has been in a relationship with his co-star for over 10 years
Massive piece of Elon Musk's spacecraft lands on farmer's property and could make him very rich
Runner finishes last in 400m race as penis keeps falling out of shorts
Lioness Chloe Kelly's face says it all after Richard Madeley calls her Coco in 'sexist' exchange
You may also like
News
Journalist barred from Alabama execution because her skirt was 'too short'
Entertainment
Love Island hit with over 2,000 Ofcom complaints over lads 'bullying' Tasha
Entertainment
Love Island hit with 3,000 Ofcom sexism complaints over controversial Casa Amor moment
Life
Woman reveals cruel reason date dumped her after they had sex for the first time
Life
Outrage after Australian men videoed rating female joggers out of 10 with clipboard scores
Next Page