Cristiano Ronaldo was credited with single-handedly plummeting the share price of Coca-Cola after he removed the fizzy drink during a press conference.

Ronaldo is a passionate health fanatic whose diet proves why he can keep so shredded. He consumes two lunches, two dinners, multiple snacks, and five naps a day. The naps sound good, at least.

Before facing Hungary, Ronaldo seemed less than impressed by the drink choices at the press conference. He moved two bottles of coke away from him before emphasising the only logical choice- water. 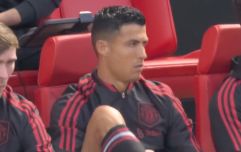 END_OF_DOCUMENT_TOKEN_TO_BE_REPLACED

A spokesperson for the Euros said that: “Players are offered water, alongside Coca-Cola and Coca-Cola Zero Sugar, on arrival at our press conferences.”

If you zoom out just a little bit that Ronaldo/coke share price story looks like random noise pic.twitter.com/P8KI5ZEUOy 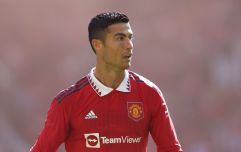 END_OF_DOCUMENT_TOKEN_TO_BE_REPLACED

Coke is one of the Euro's sponsors, yet they did not seem to have an adverse reaction to Ronaldo single-handedly breaking their bottom line. They insisted that everyone has a personal preference, with different tastes and needs. Ronaldo certainly won't be the face of Coca-Cola anytime soon, but perhaps Evian could do with a spokesperson?