We wonder what CM Punk said to Dana White in Detroit.

At his media scrum for UFC 218, Dana White announced that he was set to have a Motown meeting with CM Punk. We're not sure whether this chat happened before or after Punk lost a fight with a chair backstage.

"CM Punk is coming to Detroit and wants to talk to me. I love the guy. We'll see what he's doing."

END_OF_DOCUMENT_TOKEN_TO_BE_REPLACED

Despite being embarrassed by Mickey Gall in his promotional and professional debut, it looks like the 39-year-old wants another shot. The beating he received was so one-sided that the UFC have been non-committal over granting him another shot.

However, with a dearth of stars available and UFC 225 coming to Chicago, Punk's hometown, all things are lining up for CM Punk tries MMA: the sequel. When the UFC advertised UFC 225 on Twitter, Punk responded with two emojis that kicked off the speculation.

His head coach, Duke Roufus of Roufusport, is also doing his part to tease a Punk return.

Roufus sent out a post on Instagram with the official UFC 225 teaser poster. In his caption, he posed the question, 'Guess Who?' before a bombardment of hashtags.

END_OF_DOCUMENT_TOKEN_TO_BE_REPLACED

Roufus' latest post would also tie in with one he deleted recently.

He uploaded an image of his fighters' records in 2017 as well as some of their upcoming fights. 'CM Punk vs TBA' was listed as one of these fights.

Whether it was a joke, a troll, wishful thinking or actually serious remains to be seen. 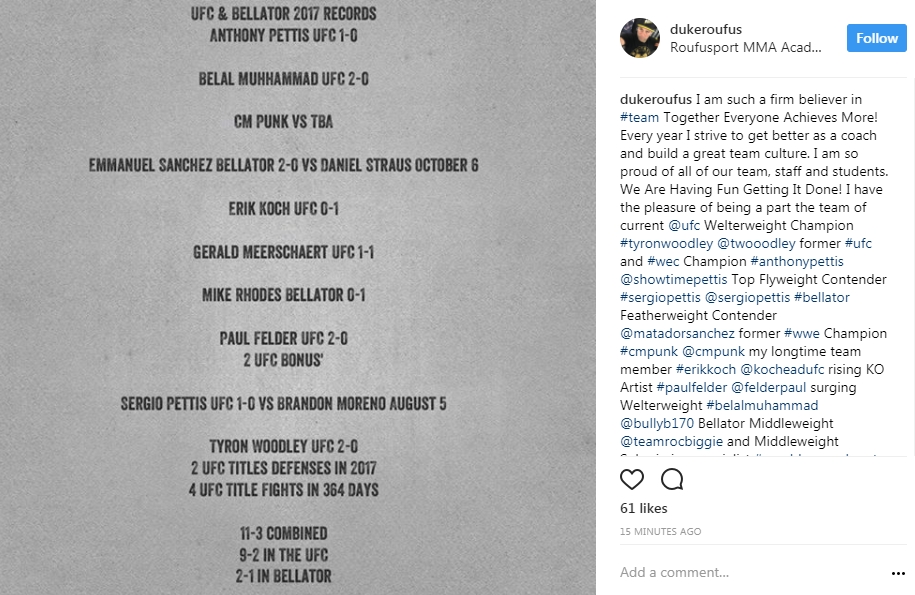