But for a dodgy fax machine in Madrid, David De Gea's Manchester United career would be long since done.

The goalkeeper's knack of repeatedly saving United's bacon during Louis van Gaal's first season at the club had alerted Real Madrid who, because they're Real Madrid, believed it was their God-given right to sign the player. 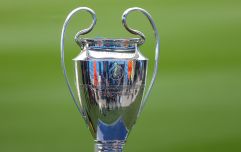 END_OF_DOCUMENT_TOKEN_TO_BE_REPLACED

Unfortunately for them, their eleventh hour attempt to strike a deal for him on transfer deadline day 2015 came too late.

As a result, Keylor Navas - the man who was to be used as a makeweight in a deal for De Gea - remained as the first choice between the sticks at the Bernabeu.

A couple of years on and there are suggestions in certain Spanish newspapers that Florentino Perez is warming up for another move for De Gea.

Doing absolutely nothing to stop such rumours is Navas himself, who put in an absolute stinker of a performance against Real Betis on Sunday evening. 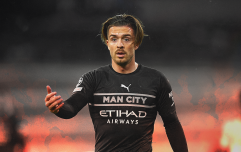 END_OF_DOCUMENT_TOKEN_TO_BE_REPLACED

First, he somehow managed to remain on the field after taking out Darko Brašanac.

And minutes later he forgot how to use his arms, virtually throwing the ball into his own goal after appearing to make a save.

Cristiano Ronaldo was on hand to equalise for Zinedine Zidane's men before the break, but Navas's error will almost certainly prompt a fresh flurry of calls for De Gea to head back to the Spanish capital in the days ahead.