He will begin a course of treatment next week

Bournemouth and Wales player David Brooks has revealed that he has been diagnosed with stage two Hodgkin Lymphoma.

Brooks, 24, withdrew from the Wales squad due to illness and later confirmed the magnitude of it on Tuesday.

The midfielder released a statement on his social media channels. 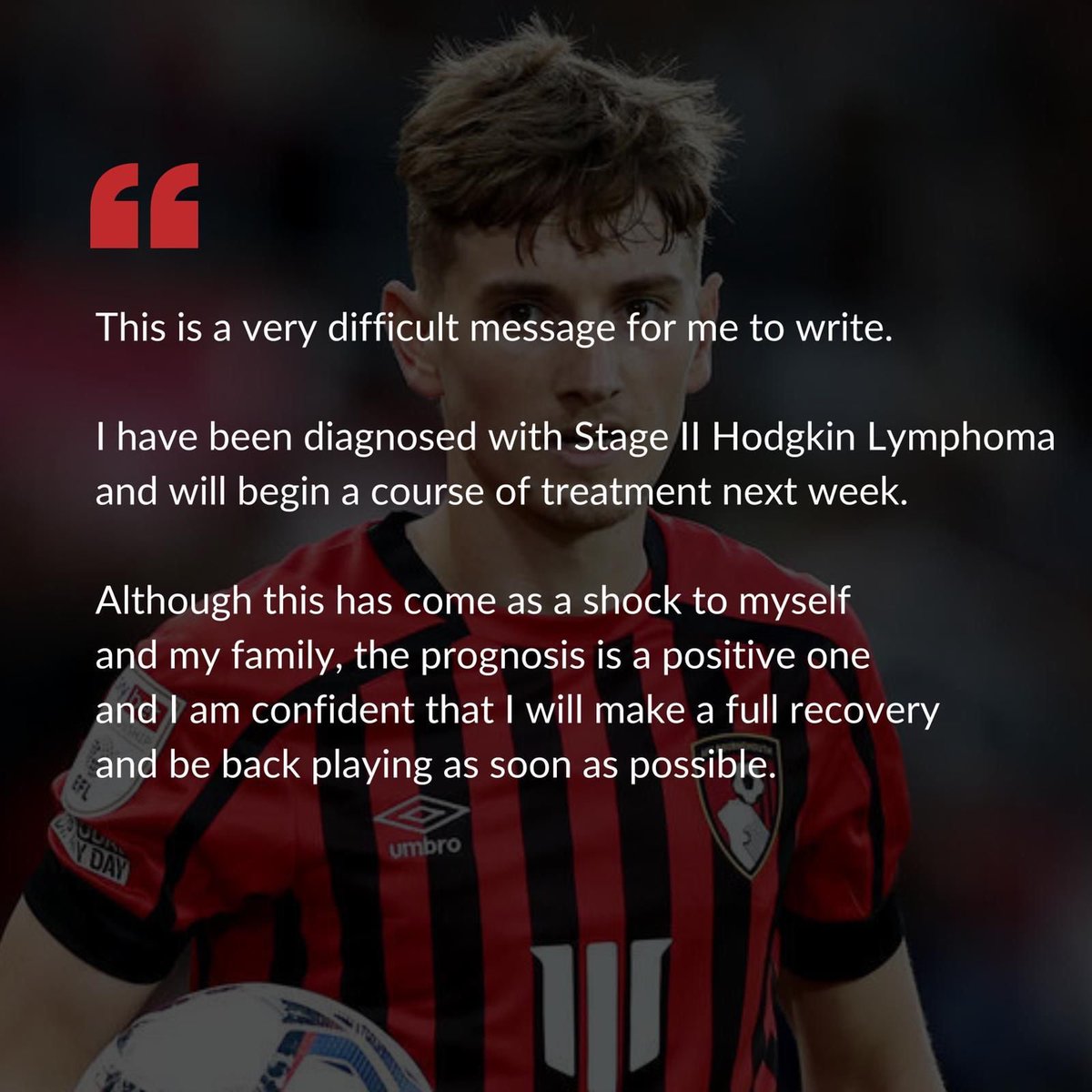 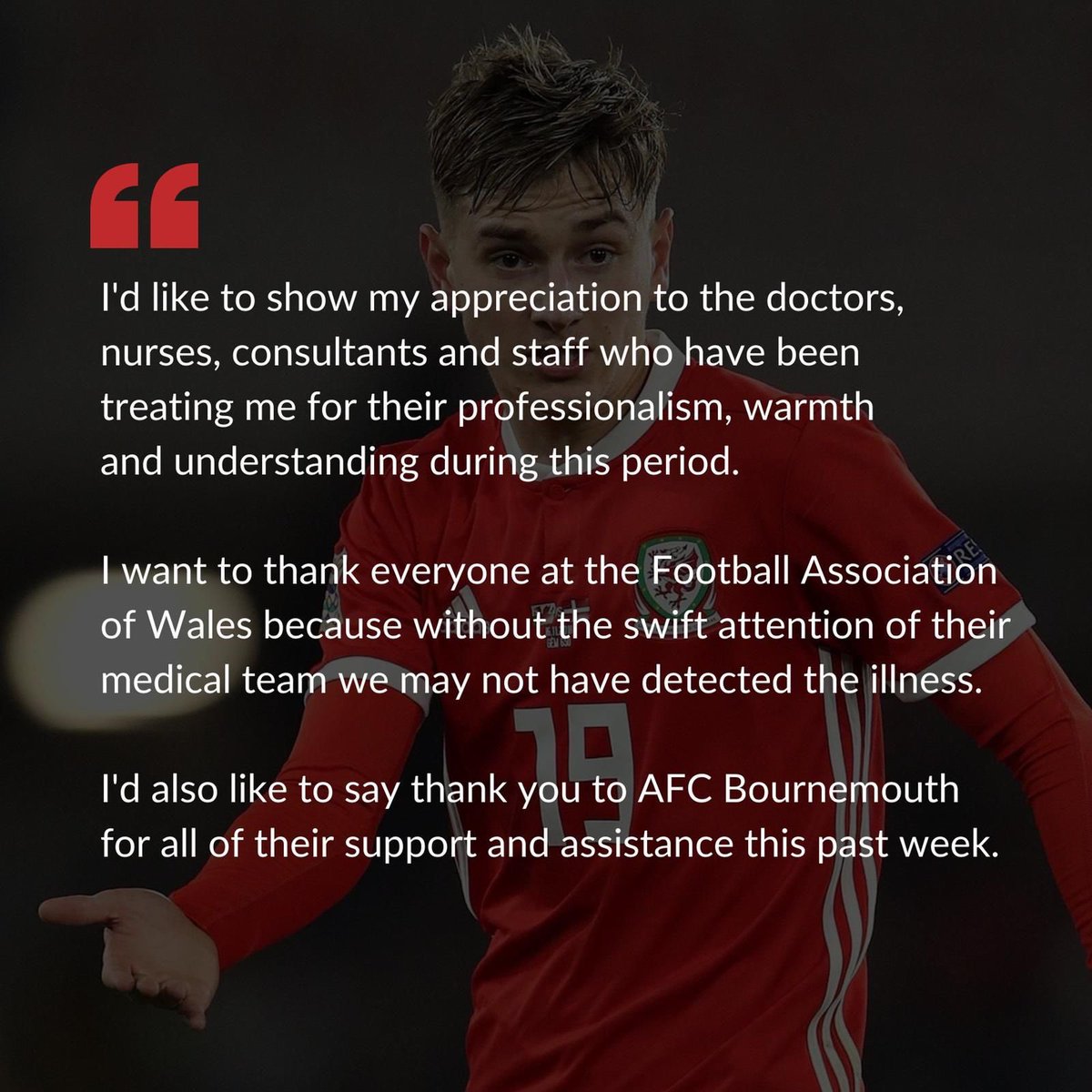 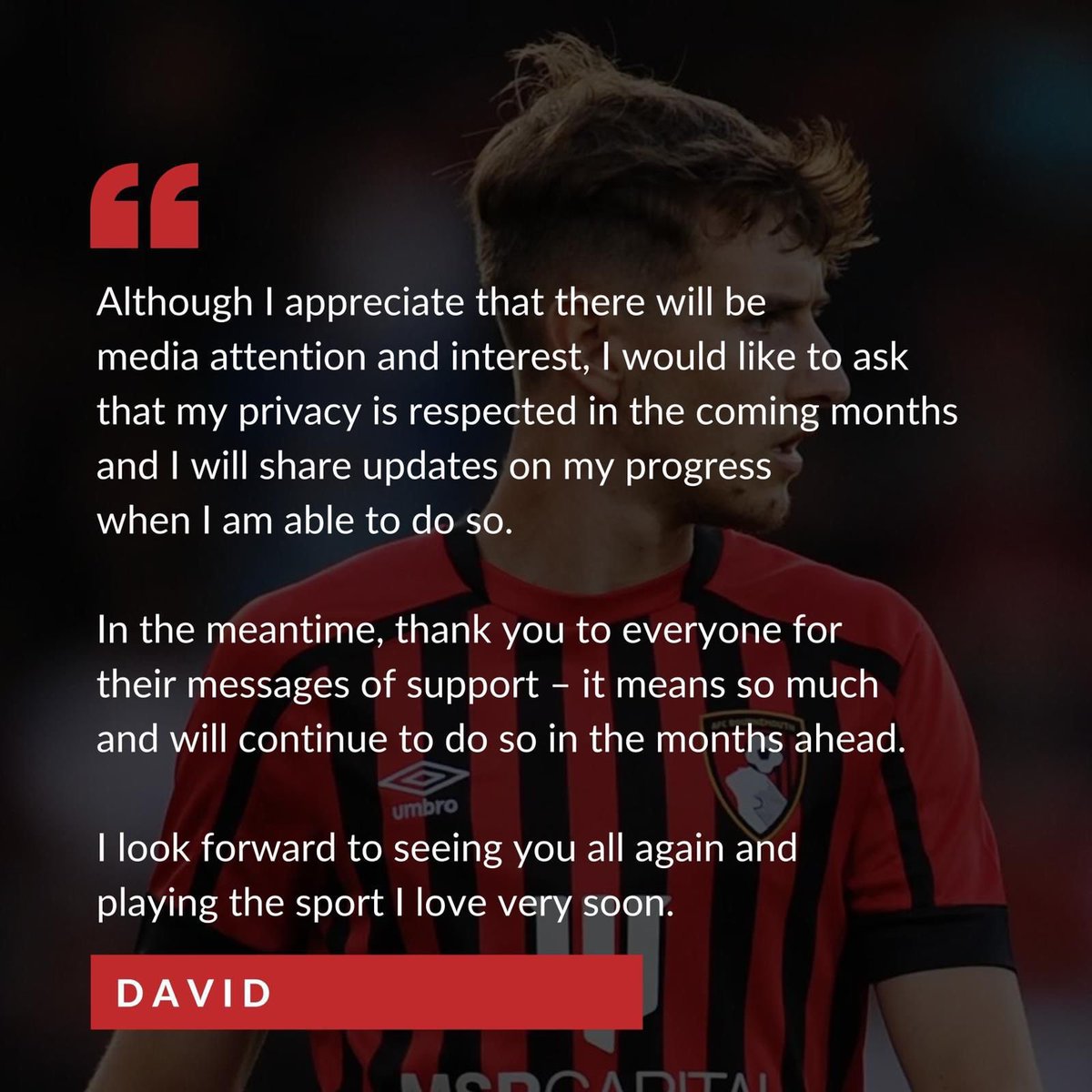 He said: "This is a very difficult message for me to write.

"I have been diagnosed with Stage II Hodgkin Lymphoma and will begin a course of treatment next week.

END_OF_DOCUMENT_TOKEN_TO_BE_REPLACED

"Although this has come as a shock to myself and my family, the prognosis is a positive one and I am confident that I will make a full recovery and be back playing as soon as possible.

"I'd like to show my appreciation to the doctors, nurses, consultants and staff who have been treating me for their professionalism, warmth and understanding during this period.

"I want to thank everyone at the Football Association of Wales because without the swift attention of their medical team we may not have detected the illness.

"I'd also like to say thank you to AFC Bournemouth for all of their support and assistance this past week.

"Although I appreciate that there will be media attention and interest, I would like to ask that my privacy is respected in the coming months and I will share updates on my progress when I am able to do so.

END_OF_DOCUMENT_TOKEN_TO_BE_REPLACED

"In the meantime, thank you to everyone for their messages of support - it means so much and will continue to do so in the months ahead.

"I look forward to seeing you all again and playing the sport I love very soon."

Brooks began his professional career at FC Halifax Town, before making the move to Sheffield United. He later signed for Bournemouth and featured in the Premier League.