Billy Joe Saunders fears the worst if Tyson Fury's ongoing stand-off with the British Boxing Board of Control rumbles on.

Fury remains without a boxing licence, having had it suspended pending an investigation into the fighter's 'anti-doping and medical issues' and his time in limbo looks set to continue.

END_OF_DOCUMENT_TOKEN_TO_BE_REPLACED

BBBofC will not reinstate the undefeated 29-year-old's licence until a UK Anti-Doping hearing is complete but several postponements of that hearing have left Fury unsure if he will ever box again.

Fury hasn't competed since 2015, when he dethroned Wladimir Klitschko in Dusseldorf, and he has repeatedly hinted at hanging up his gloves due to the lack of clarity over his future.

Getting the job done https://t.co/DSgETmO3eB

Fresh from the defence of his WBO middleweight title, Saunders has warned that blocking Fury, a close friend, from doing what he loves to do could have grave repercussions.

"Tyson has come a long way from when this all started. He has got over mental health issues," Saunders said on talkSPORT.

"At one stage, I was a bit worried about him. He was talking about suicide on the phone. I had to give him a wake-up call. Thank God, the last eight months he has seen a light at the end of the tunnel, he has seen hope, he has overcome all that. 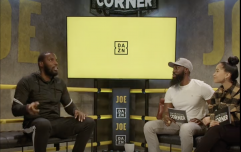 END_OF_DOCUMENT_TOKEN_TO_BE_REPLACED

"He has really knuckled down, he has lost two stone, he is mentally in a good place and if anything happens with Tyson's life I will be blaming the British Boxing Board of Control because boxing is his life.

"It is all he has ever known to do and people are stopping him doing it for no apparent reason. Let’s give him his licence back, let him crack on and get on with his life.

"If Tyson goes back to where he was 16 months ago, there is no coming back from it. I do fear he will do something silly to himself. Boxing is his absolute life. He loves it.

"This could really, really affect his life, if not take his life, because if this gets as bad as it did 16 months ago, there is no coming back for him. I really hope that they see sense and let him get back to doing what he loves doing."