With good reason, plenty of Fantasy Premier League players - over 2 million of them - will have been disappointed at around 2pm on Saturday afternoon

As the team news was announced from The Etihad Stadium, it became clear Benjamin Mendy would play no part in Manchester City's home game with Fulham. 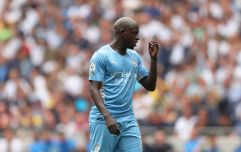 END_OF_DOCUMENT_TOKEN_TO_BE_REPLACED

The French international, who missed most of last season with a knee injury, had played in all four of the Premier League champions' league matches so far this season, as well as the Community Shield victory over Chelsea at Wembley. The odd throw-in aside, he's performed pretty well in those games - so much so that, as pointed out by the tweet below, precisely 2,102,786 FPL players have him as part of their teams.

This, along with the fact that over 30,000 people have made him their FPL team captain, made his absence from the City lineup a huge disappointment to many.

Benjamin Mendy is NOT in the Man City squad 😩 #FPL pic.twitter.com/Oy0bdJR4Rh

Recognising this, Mendy responded by quoting the tweet with a message which apologised for not featuring in Pep Guardiola's match day squad.

'So many broken hearts today,' he joked. 'Sorry for letting you down guys.'

So many broken hearts today 💔😂 sorry for letting you down guys https://t.co/vUIehFDqp7 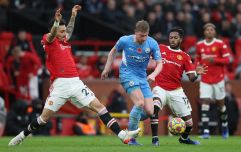 END_OF_DOCUMENT_TOKEN_TO_BE_REPLACED

The Premier League champions ended up winning 3-0. Leroy Sane, restored to the starting lineup after being dropped for the win against Newcastle prior to the international break, opened the scoring inside two minutes. David Silva added a second prior to half-time with Raheem Sterling completing the scoring shortly after the break.