The Ballon d'Or is about more than just football.

In fact, football is a mere sideshow. It's more an anthropological study. When scores of ludicrously wealthy young men are asked to dress up like peacocks and strut around their direct rivals, it's going to be dynamite.

Barring the actual awards themselves - which are often a foregone conclusion by the night of the ceremony - the other way these alpha-males can lock metaphorical horns is via sartorial competition. That means very expensive suits and sh*tloads of gel.

But how did the main men measure up? The run the rule over the fashion golazos and the own goals...

For someone who is so extravagant in every other aspects of his life, Ronaldo always tends to play it safe at award shows, and this year was no different. He looks smart enough, but even so it's hardly a perfectly tailored jacket. Disappointing. 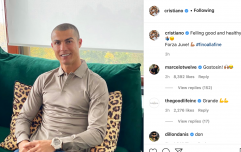 END_OF_DOCUMENT_TOKEN_TO_BE_REPLACED

Now this is more like it. You can say what you like about the trajectory of Kaka's career, but the Brazilian's sartorial elegance has never waned. The midnight blue is on trend and the cut just sits so well on him. He clearly does belong to God.


Lovely, pale, adorable Iniesta. He really makes an effort, but there's no denying that it's impossible for the bloodless Spaniard not to look like an overworked funeral director. Even in an expensive suit, it just seems like an especially fancy funeral.

Look: Amerigo Bonasera meets your body on a slab.

Beautifully-tailored, suave, debonair and dashing - in summary, incredibly disappointing. We expect Messi to look semi-comical in his ridiculous prints and weird maroons, not like James f*cking Bond. We demand a refund. 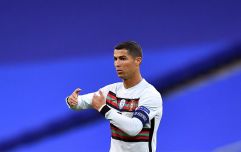 END_OF_DOCUMENT_TOKEN_TO_BE_REPLACED

On the very other end of the scale, you have Neymar - and what a relief! He has bravely taken on the mantle of adorable red-carpet buffoon from his Barca teammate and run with it. The hat, bowtie, whistle and flute - everything screams 'cartoon hoodlum'.

Wow. Just...wow. Eto'o has always been his own man and steadfastly danced to his own tune, and the tune here seems to be mid-80s Janet Jackson...but in a ridiculously good way. It's a phenomenally strong look, and he'd be the star of the show if it wasn't for...

YES! Yes! Yes! Yes! This is everything you want in Ballon d'Or outfit and so much more. Pogba has changed the game with this quite magical get-up. If the blingtastic hair, suit and glasses weren't enough, he brings it all together with the most perfect accessory - his amazing mum!

You may also like
Sport
Kylian Mbappé and Cristiano Ronaldo share heartwarming moment during France vs Portugal
Sport
Cristiano Ronaldo tells us the one exercise that gives such power to his legs
Sport
From Ronaldo to James Rodriguez, the ultimate Jorge Mendes XI
Sport
Messi and Ronaldo omitted from UEFA Men’s POTY nominations
Sport
QUIZ: Name the 13 players who have played with Messi and Ronaldo
Next Page