Alan Shearer has called on Mike Ashley to sell Newcastle United 'before it's too late', following the club's 3-2 defeat by Leicester City at St James' Park.

After this succinct reply to Lineker...

Shearer added another tweet, slamming the performance of the team and demanding that Ashley sell the club.

Nowhere near good enough @NUFC today. Sell our club Mr Ashley to someone who wants to be here before it’s too late again. #newlei #125years 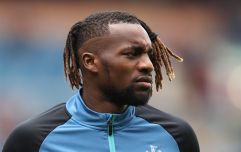 END_OF_DOCUMENT_TOKEN_TO_BE_REPLACED

This comes just a day after Newcastle manager Rafa Benitez warned Ashley that a failure to invest in the squad in the January transfer window could ultimately lead to their relegation from the Premier League, having only been promoted from the Championship last season.

Having put the club up for sale earlier in the year, it appears unlikely that anyone other than Ashley will be owner when the transfer window reopens next month. Reports did, however, suggest that he had held face-to-face talks with Amanda Staveley in London earlier this week. This development came three weeks after Staveley's PCP Capital Partners made a bid of around £250m for the North East club.