Alexis Sanchez misses out for Manchester United against West Ham

The Chilean has struggled for form since completing his move to Old Trafford from Arsenal in January and was criticised again for his performance in United's 1-1 draw at home to Wolverhampton Wanderers last weekend.

Despite travelling with the squad to London, Sanchez was not named amongst the 18 by Jose Mourinho, with Anthony Martial keeping his place in the United attack following his start in the Carabao Cup defeat to Derby County on Tuesday.


Paul Pogba, as promised by Mourinho during his Friday press conference, does start for United - despite reports and footage suggesting the French midfielder had fallen out with his manager during the week. 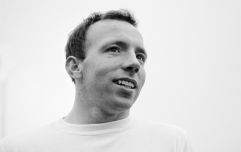 END_OF_DOCUMENT_TOKEN_TO_BE_REPLACED

Mourinho had also confirmed that Marcos Rojo was the only player unavailable to him through injury ahead of the game, with his countryman Sergio Romero missing the game due to the straight red card he picked up against Derby.

Marcus Rashford returns to the United squad on the bench after being sent off for a clash with Phil Bardsley in United's win against Burnley at the start of September.