The birds are watching you!

You might remember a bizarre conspiracy theory circulating over the past month. The Birds Aren't Real movement is slated to originate back in the '70s, though contrastingly, Vice reports it was actually in 2017. Though you may immediately laugh at the idea, there is now solid proof that this is real, well, kind of. 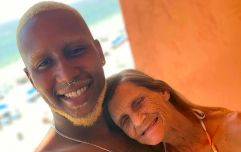 END_OF_DOCUMENT_TOKEN_TO_BE_REPLACED

Their website details an elaborate history of scandal and espionage, which ultimately led to all birds being replaced by government-monitored drones.

A video has surfaced on TikTok with supposed proof of the elaborate American scheme. With 8 million views, 2 million likes and over 20,000 comments, this is quickly becoming bigger than Area 51, more complicated than the flat earth theory, and more important than 5G chips.

TikTok user @cirruslyyesterday captions her video "The cars of the sky".

"I finally found proof that birds are battery-powered drones."

Ironically set to Bo Burnhams Bezos I; she turns her camera to face two seagulls, only one of them is riding on the back of another, charging perhaps?

"His battery was [about] to die, so his friend had to carry him to the powerline," one writes, confirming our suspicions.

"They're just recreating Alladin," says another. 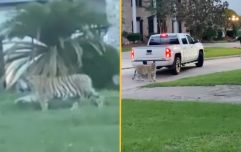 Tiger roaming street in Houston ends in tense stand off

END_OF_DOCUMENT_TOKEN_TO_BE_REPLACED

But the comment of the video award goes to Faye, who said: "She hasn't posted since this video."

Thankfully, the user has since posted, meaning one of two things. Either, she was taken by the government and mind-controlled to forget the ordeal. Or the second and least likely alternative, she just didn't post to TikTok for a few days.

popular
Grimes says baby X Æ A-XII calls her by first name as she doesn't identify with 'mum'
The JOE Friday Pub Quiz: Week 261
Shipwrecked mum found dead saved her children by breastfeeding them at sea
Man has hand ‘chopped off at the wrist in London after vigilantes corner him’
'Gleeking' is the 'disgusting' bodily function that most people don't know they can do
Missing Instagrammer Gabby Petito's last text suggests 'she may have been 800 miles from last sighting'
Man eats ‘world's biggest burger’ in front of vegan protestors
You may also like
News
Donald Trump says he'd knock out Joe Biden in a boxing match
News
No working US military dogs left behind in Afghanistan, Pentagon confirms
Life
Wife hospitalised with Covid comes home to find husband dead from virus
Uncategorized
Monkey Rum CEO dies after attempting backflip on stadium balcony during concert
News
America's tallest man Igor Vovkovinskiy dies aged 38
Next Page