Sex expert reveals how men can last longer in bed

If you find yourself jumping the gun in the bedroom, then keep reading - as a sex expert has revealed how men can last longer in the bedroom. 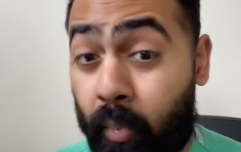 END_OF_DOCUMENT_TOKEN_TO_BE_REPLACED

Sex expert Rosa Maxwell, whose mission is to "inspire empowered sexuality and intimacy", has revealed her top tips for lasting longer. Appearing recently on The Fellas Podcast, Maxwell noted a series of exercises regarding the "big insecurity that men can experience."

She said: "Kegel muscles are like, you have lots of different muscle groups in your pelvis, and the kegels are one of those.

"So by squeezing and releasing those, you can strengthen them. It can help you control ejaculation. Men should ejaculate at least 21 times a month, according to study

END_OF_DOCUMENT_TOKEN_TO_BE_REPLACED

"A lot of the work that I do, I use a lot of breath-work techniques. There are particular techniques as well that you can do where you breathe in and squeeze those muscles.

"To squeeze them, it's basically kind of like stopping yourself from having a p**s or a s**t. It's the same feeling."

Maxwell added that the average time for most men is "around seven minutes." 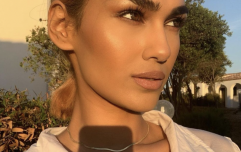 Woman explains how she can orgasm without a single touch

END_OF_DOCUMENT_TOKEN_TO_BE_REPLACED

She continued: "Everyone is so different, and sex doesn't just have to be penis in vagina, or anything like that.

"So even if you orgasm quickly as a man, I really want to normalise all of this, because it's so normal.

"I want people not to feel shame around it; a huge part of the work I do is de-shamification of everything because shame is such a rubbish emotion."

Maxwell also spoke on the psychological effect, most notably how you can have internal conversations with yourself.

She explained: "If you do orgasm quickly, and you're like, 'Oh, yeah, amazing orgasm,' that's such an awesome mindset to have.

Ultimately, Maxwell says the fun doesn't have to stop because the volcano's erupted. After all, there is still another person to assist with their own seismic event.