QUIZ: How well do you remember the summer of 2009?

The world was a very different place a decade ago. For example, we still had Mars Delights and the hope of a brighter future. 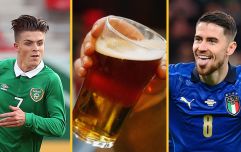 END_OF_DOCUMENT_TOKEN_TO_BE_REPLACED

We lost many heroes, but we gained countless future YouTubers, so all in all it was a relatively fair deal.

The summer of 2009 was hot and sticky, but we persevered because we are all survivors. Listening to Lady Gaga, Kid Rock, Katy Perry and Empire of the Sun, we were invincible.

But how well do you remember the summer from a decade ago? Who was in the Sugababes at that particular time? Which Glee character could you most identify with? Did you pretend to hate the absolute banger of a movie that was 500 Days of Summer?

popular
Bartender sends boss brutal three-word response after 3am text
NHS doctor facing deportation because 'she can't speak English'
Woman starts driving over Insulate Britain protestor in furious standoff
Sainsbury's bans sales of fireworks at all UK stores
News host was having absolutely none of Nigel Farage's claims on Monday night
18 months on, Liverpool vs Atletico Madrid from the fans who were at Anfield that night
The FootballJOE Pub Quiz: Week 10
You may also like
Entertainment
Personality QUIZ: Which character from You are you?
Sport
QUIZ: Can you spell these footballers' names correctly?
Entertainment
The JOE Friday Pub Quiz: Week 264
Sport
QUIZ: Name these 50 Premier League players from the 2010s – #1
Sport
The FootballJOE Pub Quiz: Week 8
Next Page