Vaccine passports to come into effect

As the clock struck twelve on Sunday, thousands flocked to nightclubs for their first drunken adventure in what seems like decades. But a press conference at 5pm last night has sparked huge controversy and massive criticism for Prime Minister Boris Johnson. 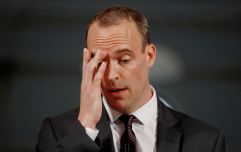 END_OF_DOCUMENT_TOKEN_TO_BE_REPLACED

Come September, all over-18s will have been offered the vaccine, and so Johnson is initiating Covid passports as mandatory for clubs. Though this rule only currently applies to nightclubs, could this be a snippet of what's to come in all indoor institutions?

Vaccines minister Nadhim Zahawi clarified that a negative coronavirus test would "no longer be sufficient" to enter nightclubs. Partiers will have to have had both Covid jabs and proof before they can enter clubs.

"The announcement from the prime minister that COVID passports will be made mandatory for nightclubs in September comes after his health secretary said only one week ago that they would not be compulsory. What an absolute shambles.

"Leaving aside the fact that this is yet another chaotic U-turn that will leave nightclubs who have been planning for reopening for months will now have to make more changes to the way they operate - this is still a bad idea."

Peter Marks, chief executive of nightclub operator Rekom UK, also told Sky News his venues "won't be requiring" people to be double-jabbed or they "won't have anyone in."

"Younger guests are 95 per cent of our customers - they won't be fully vaccinated [by September]. We won't be requiring them. Otherwise we won't have anyone in," he said.

But people online are predictably fuming, with many comparing Johnson to Hitler. "The unvaccinated are becoming second class citizens," on Twitter users vents.

Though this motion is currently only relevant to nightclubs, there are rumours it will span to other indoor venues.

popular
Pounds and ounces set to return in post-Brexit shift back to imperial measures
Man has hand ‘chopped off at the wrist in London after vigilantes corner him’
Man City fans hit out at Pep Guardiola after attendance appeal
CEO who gave all employees $70k salary says staff saved company by taking voluntary pay-cut
Lawyer hired hitman to kill him 'so son could collect $10m life insurance'
Lil Nas X shows off 'baby bump' for album teaser video
The JOE Friday Pub Quiz: Week 260
You may also like
Coronavirus
Anti-vaxxers are now calling themselves ‘pure bloods’ on TikTok
News
Cuba to start giving Covid jabs to children as young as two
News
Masks might be legally mandated again, Sajid Javid announces
Coronavirus
'You had the cure and wouldn't take it' Howard Stern says to anti-vaxxers
Life
Unvaccinated TikToker begs people to get the vaccine in final video before she died
Next Page