The site allows you to find out your local coronavirus restrictions, but fell at the first hurdle

The government's 'Find out the coronavirus restrictions in your local area' website crashed shortly after launch today. 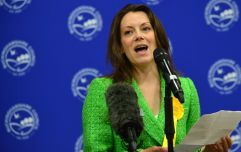 END_OF_DOCUMENT_TOKEN_TO_BE_REPLACED

Launched before the health secretary Matt Hancock was due to give a statement in the House of Commons, the website allows users to enter their postcode, which tells them which tier of coronavirus restrictions they will be under after the national lockdown in England is lifted on December 2nd.

However, at time of publication, when a user enters their postcode, the website crashes, claiming "technical difficulties", likely due to the number of users trying to access the site.

Matt Hancock was expected to announce which regions of England would be placed in the highest tiers. However, the early release of the government's website led journalists to pip the health secretary to the post, revealing that, among other regions, Manchester, Hull, Newcastle, Birmingham and Wolverhampton would be placed into Tier 3 restrictions.

The website's early release prompted criticism in the Commons from Valerie Vaz MP, saying: "This is an absolutely appalling way to treat Parliament. The website has crashed because everybody is on it."

Commons Speaker Sir Lindsay Hoyle was similarly outraged, saying: "This house should be informed first. We keep telling the government that this is the way that good government treats and respects this chamber." 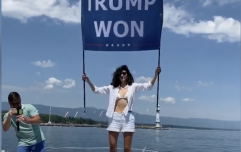 END_OF_DOCUMENT_TOKEN_TO_BE_REPLACED

In both Tier 2 and Tier 3 restrictions, indoor household mixing is banned - apart from support bubbles - but retail can reopen. In Tier 2, pubs and bars may only serve alcohol as part of a substantial meal, and under Tier 3 hospitality must close, apart from takeaway and delivery.

popular
The JOE Friday Pub Quiz: Week 248
700-pound George Floyd statue unveiled in US
Scotland fans help with clean-up in Leicester Square as Tartan Army leaves London
Southgate explains why he didn't move Coke bottles like Ronaldo
James O'Brien beautifully dismantles argument of England fan who booed the knee
Crystal Palace footballer is one of four British women suing Pornhub
'I made Tommy Robinson go viral, will you forgive me?'
You may also like
News
President of Oxford college defends students’ right to remove photo of the Queen
Politics
Emmanuel Macron slapped in face while greeting people on presidential tour
News
French set to replace English as EU's 'working language'
News
No10 refuse to condemn England fans who booed when team took the knee
News
Trump permanently shuts down personal blog after less than a month
Next Page