He claims "war is the ultimate answer" having voted remain

A debate on LBC on Thursday morning did little to dispel the notion that UK voters are uninformed on the Brexit process, after one caller demanded Ireland be invaded to solve the issues of leaving the European Union. 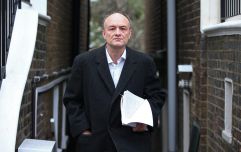 Brexit may have been a mistake, admits Dominic Cummings

END_OF_DOCUMENT_TOKEN_TO_BE_REPLACED

Steve, a remain voter, astonished host Tom Swarbrick when claiming that he agreed with a Brexit supporter on incorporating the Republic of Ireland into the United Kingdom.

"I think the Republic of Ireland should join in with the United Kingdom," said the leave voter, Peter. "They're right in together, they're right on our borders, you wouldn't have any issues with customs or borders or anything. And they'd be better off."

The discussion then took a dramatic turn as Steve used Britain's military action in Iraq and Afghanistan as a way of backing up his argument, because those expeditions went so well, obviously.

"I'd agree with that," said the remain voter to the completely stunned presenter.

Brexit supporting Pete used his counterpart's tirade as an example of the delusion of Remainers, although Steve's reasons for voting to stay in the EU perhaps aren't very typical. When called out on his plan of sheer madness, he doubled down. 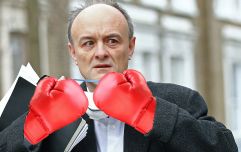 I can't keep quiet anymore, I am a Dominic Cummings Stan

END_OF_DOCUMENT_TOKEN_TO_BE_REPLACED

"It's not stupid," he continued. "War is the ultimate answer to a problem and we're trying to avoid that.

"I'm not being stupid, I'm being practical. I voted remain because I knew this would be a problem."

Pete replied: “If you’re the sort of person who voted remain, it shows how stupid people are who voted that way.”

Steve finished off his great vision for a future of peace and love by describing the all-Ireland rugby side as an example to follow for Brexit. If only it were that simple.

"It shows how stupid, normal thinking people are," he continued. "You need to understand the people who think different, the people that realise the bigger picture."

I need a lie down.

popular
Jamaica teammates produce hilariously frosty reaction to Thompson-Herah's 100m win
A definitive ranking of every swear word from worst to best
Here's how to see who's been taking screenshots of your Instagram Stories
Mourad Aliev was not happy about being disqualified from the men's Olympic boxing
The Chase has responded to viewers convinced the show was rigged to avoid paying jackpot
Johnny Depp secures rare win over Amber Heard’s $7m divorce settlement pledge
Doctor says never take paracetamol to treat a hangover and reveals what to take instead
You may also like
News
EE brings back roaming charges to Europe after Brexit
News
French trawler rams UK boat in Jersey in post-Brexit fishing row
News
Man firing musket at French ships in Jersey is 'peak Brexit'
News
Belfast riots: 'It feels like a game once you're in it'
News
Violence continues in Northern Ireland with petrol bombs thrown at police
Next Page