Boris Johnson to bring back imperial measurements for Jubilee

Boris Johnson is reportedly set to announce the return of imperial measurements to mark the Queen's platinum jubilee.

END_OF_DOCUMENT_TOKEN_TO_BE_REPLACED

As millions of Brits are plunged further into poverty, you might wonder where the prime minister spends his valuable time. It turns out that Johnson is partial to outdated measurements. Who knew?

At least we all know Johnson follows through on his campaign promises, and he did mention the return of imperial measurements during the 2019 general election. So he stuck to one campaign promise.

Johnson is expected to announce the change this week in honour of the Queen's 70-year reign.

"As the British people have been happy to use both imperial and metric measurements in their daily life it is good for the government to reflect that now we are free to change our regulations accordingly," a cabinet source told the Mirror.

END_OF_DOCUMENT_TOKEN_TO_BE_REPLACED

Imperial units were not banned before, and in fact, shops could display items in pounds and ounces as long as they also displayed the price in grams and kilograms.

Brits have been reacting to the news online, where the general consensus seems to be "why?"

BREAKING: Boris Johnson plans to bring back imperial measurements for the platinum jubilee. He also plans to replace pens with quills, computers with abacuses, clocks with sun dials & cars with horse-drawn carriages. Anyone who uses kilograms or metres will be hanged x 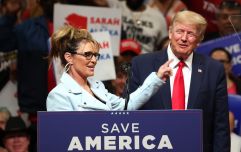 END_OF_DOCUMENT_TOKEN_TO_BE_REPLACED

"Boris Johnson plans to bring back imperial measurements for the platinum jubilee," they wrote. "He also plans to replace pens with quills, computers with abacuses, clocks with sun dials & cars with horse-drawn carriages. Anyone who uses kilograms or metres will be hanged."

On a more serious note, another rightly pointed out: "Anyone wanting to sell to people under 50 won't use it: it's confusing."

I realise I should be at an advantage on this, but can someone here explain how imperial measurements actually work? They remain a mystery. Thank you sincerely, from everyone under 50. https://t.co/mqr8zNHjGg

Another scathing comment reads: "Johnson plans to announce imperial measurements will be revived to mark Queen's Platinum Jubilee and boost flagging support among Brexit voters. Then what? Corporal punishment. Return of death penalty. Bring back smoking in pubs. Time machine to transport them back 50yrs."

But seriously, Johnson, maybe after the sundials and quills, you could address some of the very real issues facing the UK.