The devil's in the details

If Rupert Murdoch is the fairy-godfather of right-wing media, then GB News' chairman, Andrew Neil, is Cinderella. Surrounded by his politically incorrect mice, Cinder-Neil is supported not by glass slippers but by a culture divide emphasised by Brexit and the 'war on woke' agenda of Boris Johnson's government.

Despite Neil taking some time off after a tumultuous first few weeks on the airwaves, GB News is still in the headlines, for better or worse.

Thanks to GB News for finally answering that perennial question: what would it be like if the shopping channels decided to try their hand at current affairs?

In an interview with The 19th, former President Barack Obama talked about the media's place in furthering political and ideological conflict. 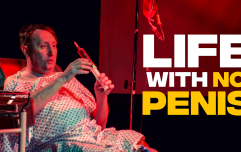 END_OF_DOCUMENT_TOKEN_TO_BE_REPLACED

"I've spoken about this before, but if you watch Fox News, you perceive a different reality than if you read The New York Times. And those differences have been amplified by social media, which allows people to live in bubbles with other people who think like them," he says.

Despite a mass of distance between the two countries, Obama's words still have relevance here in the UK. GB News insists they are not a carbon copy of Fox News, and that seems fair. In my eyes, it is more akin to a poundshop parody.

From sound and video issues to reading out "Mike Hunt" live on air, GB News has experienced some teething problems. That is to be expected; after all, they are a startup. But its GCSE-level production is not the issue, and the solution is not to boycott advertisers. 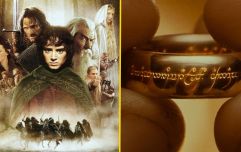 Yes, The Fellowship of the Ring is the best Lord of the Rings film actually

END_OF_DOCUMENT_TOKEN_TO_BE_REPLACED

The danger comes with their divisive rhetoric, which not only pushes concerning narratives but manipulates a culture divide already present in the UK.

Ivor Gabor is a professor of political Journalism at the University of Sussex. He has held senior editorial positions at the BBC, ITN, and Sky News and was also involved in the planning and launch of Channel Four News.

When asked whether "mainstream" media is largely left-wing, Gabor laughs. "The best-selling paper is the Daily Mail, and second best is the Sun, and although they have lost print readers, they've made up for these losses online," Gabor says. He continues to name half a dozen more news outlets that are primarily considered centrist or right-leaning. "It's ridiculous to suggest that the mainstream media is left-wing when the majority of newspapers are from the right."

Gabor attributes America's divisive media to its lack of stringent regulation, but we have tighter rules in place here in the UK. "The broadcast media [in the UK], is highly effectively regulated, and it is legally constrained from being either consistently left or right-wing under what's called its due impartiality obligation."

"I think there's an audience for shouty current affairs and discussions; that's what the success of Piers Morgan on Good Morning Britain was based on," says Garbor, but insists that there is a distinction between news and shouty Piers-style presenting.

They were so preoccupied with whether or not they could, they didn’t stop to think whether they should make it look like the Honey Monster ranting in a shipping container. #GBNews pic.twitter.com/OqBeXWoMop

Gabor touches on the idea that Neil and GB News are merely "reflecting a left-outness."

The channel is seeking to pose as the champions of people who have been shunned and "cancelled". But cancel culture is a fabrication. It is a response to criticism by people not used to being criticised. Being mentioned in a negative way isn't being cancelled, neither is the entire country questioning your opinions.

The rise of social media has only fuelled this, amplifying the voice of people who previously had none. So when long-serving commentators are faced with an onslaught of negative feedback, they claim they are being attacked.

Probably best to direct your question to 1 person rather than 2 if you want them to know who’s answering🕣 @GBNewsFails pic.twitter.com/xWwXZFoguA

But the GB News team are not among the silenced; they now have an entire network dedicated to their voices. It's ironic for a group of people opposed to left-wing temper tantrums because arguably the biggest tantrum of all is setting up a brand new outlet wholly dedicated to, as former Sky News presenter, Colin Brazier, puts it "marginalised voices."

They are purveyors of free speech until free speech challenges them, and then woke politics are simply too much.

Throughout their "meet the team" video on Youtube, which currently has 80,000 views, they talk about "shaking up the mainstream" or "anti-mainstream" numerous times. But, they are the mainstream media. Let's break it down.

Andrew Neil has been a cog in the mainstream machine since 1983, and Dan Wootton since 2004, where he has spouted great phrases like:

“What do the Guardian-reading, quinoa-munching vegans of London’s Islington THINK we should care about?”

Former ITN newsreader, Alistair Stewart, has been active since 1976, but most recently had to leave ITV after he became way too involved with Twitter discourse.

The errr irony of Alastair Stewart "stepping down" for social media "errors of judgement" was he spent a lot of time on this website lashing (often young) broadcast journalists about impartiality with awful lecturing quote-tweets.

Comes for us all, I guess.

Brazier has worked at the BBC, ITV, and Sky News, and it doesn't get any more mainstream than that. Do you get the picture? These are establishment media, with a few scrappy young Ben Shapiro-types thrown in for good measure. Like Shapiro, Tom Harwood and Michelle Dewberry are fresher faces with not so fresh takes on modern politics.

Multiple shows on GB News are dedicated to the idea of "wokeness", ironically demonstrating their addiction to identity politics. Their guests are largely right-leaning, with prominent figures like Megyn Kelly, Nigel Farage, and Lionel Shriver speaking for the "marginalised". Naturally, when discussing trans-women in sport, there was no trans presence.

"It is now time for Uncancelled; this is where Britain's top commentators speak out on controversial issues without the fear of cancel culture sweeping the rest of the media," says Wootton at the start of his Uncancelled segment. But how does appearing on GB News protect them from cancel culture? Put plainly, if you say things people disagree with, no matter what platform you are on, people are going to call you out.

Thank you Britain for choosing GB News. Let us know what GB News means to you, send us a video and you might make it on air! [email protected] pic.twitter.com/tEDa5OSSvA

"They don't seem to be talking about anything newsworthy," says lifestyle journalist Vanese Maddix, who has written for the likes of Vice and The Independent. "People don't realise that even if it's not a newspaper saying go and attack this person, the things that are put out there do fuel anger."

"I thought some of these columns were bad enough, but the fact that we now have a dedicated channel for views you would usually see once a week, we now see it on a much larger scale."

Those behind GB News, including its CEO, the former Sky News Australia boss, Angelos Frangopoulos, reject the Fox comparison.

And the oversight of Ofcom will mean that GB News is not as explosive as Fox News. They are bound by the regulations  previously mentioned by Gabor, and if breached, it could result in a hefty fine.

As long as they carefully walk that line, the channel could continue to air; just look at Piers Morgan and his time with Good Morning Britain.

But danger comes in many forms. The threat of a shark circling beneath the water only becomes imminent when you are aware of it; before noticing it, you are unaware of the destruction it can cause. GB News is that shark, and sure a shiny new thing is interesting to look at, but what happens when that shark decides to bite?