YouTube has removed more than 30 drill music videos at the request of the Metropolitan Police, police figures reveal.

END_OF_DOCUMENT_TOKEN_TO_BE_REPLACED

Scotland Yard asked for the uploads to be deleted believing they incite violence in London.

Pressplay, a company that promotes drill music videos, posted on Instagram that police had "forced" YouTube to take some clips down because of "what's happened lately" but that they "will probably be back up in the next few weeks." 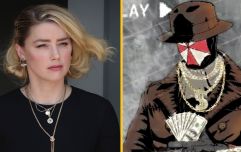 END_OF_DOCUMENT_TOKEN_TO_BE_REPLACED

A group of drill artists called 1011, whose videos have been removed from YouTube, has launched an online petition which has gained more than 5,000 signatures.

In the past two years Scotland Yard has asked YouTube to take down between 50 and 60 music videos, having to prove they incite violence for the requests to be successful. The force said it had been monitoring videos since September 2015.

The website has removed more than 30 of the clips from the platform where they were found to be in violation of its policies.

Detective Superintendent Mike West said: "The gangs try to out-rival each other with the filming and content - what looks like a music video can actually contain explicit language with gangs threatening each other. 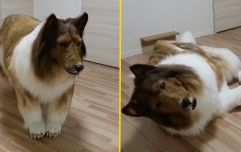 END_OF_DOCUMENT_TOKEN_TO_BE_REPLACED

"There are gestures of violence, with hand signals suggesting they are firing weapons and graphic descriptions of what they would do to each other.

"The Met has got a central database of more than 1,400 indexed videos that we assess and use to gather intelligence.

"Closer partnership work with Google has been developed in the past few months, in order to evolve and increase our capacity to remove social media videos that incite violence, as quickly as possible."

He added that the force only asked for videos which "we believe raise the risk of violence" to be removed.

Speaking on LBC, Cressida Dick said: "Very quickly, you will see these are associated with lyrics which are about glamourising violence, serious violence - murder, stabbings - they describe the stabbings in great detail, with great joy and excitement."

A YouTube spokesperson said: "We work with the Metropolitan Police, the mayor's office for policing and crime, the Home Office, and community groups to understand this issue and ensure we are able to take action on gang-related content that infringe our community guidelines or break the law.

"We have a dedicated process for the police to flag videos directly to our teams because we often need specialist context from law enforcement to identify real-life threats.

"Along with others in the UK, we share the deep concern about this issue and do not want our platform used to incite violence."

popular
Brit on holiday beaten with a brick by gang before being thrown in the sea unconscious
Premier League player arrested on suspicion of rape facing two more allegations
Men with ‘very large penises’ wanted for new documentary
Dad who ran off with Ukrainian refugee says couple are doing 'brilliantly' - but he can't see his kids
Teens are turning up to watch Minions in suits - and why cinemas have been forced to ban them
British schoolboy breaks internet after attending prom in sequined tuxedo ballgown
Conspiracy theorists believe the world will end today - here's why
You may also like
Entertainment
Fan remakes Simpsons: Hit and Run as open-world game and it looks unbelievably good
Sport
Ben Foster reveals YouTube vlogs will be part of talks with new clubs
Entertainment
Bo Burnham releases hour of deleted scenes, outtakes and unreleased songs from Inside Netflix special
Comedy
This 'Welcome to Luton' prank sends Gatwick Airport arrivals into a frenzy
News
Kevin Samuels dead: Controversial YouTuber's mother confirms his death aged 56
Next Page