Tattoo regret may soon be a thing of the past thanks to an innovative new ink that allows designs to naturally fade from your body over time - eventually disappearing completely within a year. 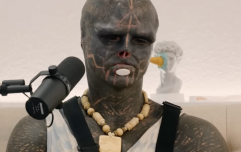 END_OF_DOCUMENT_TOKEN_TO_BE_REPLACED

Shooting to fame via Ephemeral Tattoo - a tattoo parlour in Brooklyn, New York with a second outlet in Los Angeles, California - new made-to-fade ink allows customers to get a design etched onto their body that's guaranteed to fade between nine and and 15 months.

This new tattoo tech could be a game-changer, especially for those who are eager to get inked but concerned about their tastes or opinions changing further down the line.

Trademarked by Ephemeral Tattoo Studios, this bespoke ink was created by chemical engineers and uses medical-grade, biocompatible materials that the body can naturally process and break down over time.

“It helps for people who are trying to segue either into getting traditional tattoos or who are just on the fence about tattoos in general," explained Aja-Noelle, a tattoo artist who works in Ephemeral's LA branch, whilst speaking to US news outlet 7KBZK. 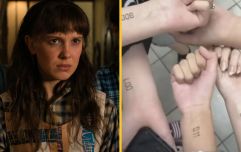 END_OF_DOCUMENT_TOKEN_TO_BE_REPLACED

“I think that the tattoo industry itself is very old and very set in its ways. We evolve so much but there are some things we’d rather keep the way it is," she added, commenting on the need for the tattoo industry to roll with the times. "But I noticed that this not only could be one of the biggest things and newest steps in tattooing but that it can also further my clientele base."

Reportedly taking around seven years and countless testing methods to create and perfect, the employee suggested that this new ink could encourage those who may not have normally associated themselves with tattoo culture to give it a try - and really, the physical process is exactly the same as getting a regular tattoo.

“It's the same process — we have cartridges, we have machines, we have a healing process," continued Aja-Noelle. “The client gets a feel for the pain that you would get with a traditional tattoo.

So far, the studio's made-to-fade ink has been a quick hit with customers: “They’re all in awe of the tattoo being able to fade," revealed Aja-Noelle. “For artists and clients alike, this is a great environment to be in.”

After Ephemeral Tattoo's fading ink found fame on social media, the company has since raised $20m to expand into other territories - meaning it could find its way to UK tattoo enthusiasts soon enough.

popular
Jurgen Klopp reacted like everyone else to Darwin Nunez headbutt red card
Incredible case of the only known individual whose parents were two different species
Man, 27, who is engaged to great-great-grandmother, 74, slams critics of his 'perfect' relationship
Bulgarian mystic who correctly predicted Princess Diana’s death and 9/11 sees 2022 prophecy come true
Landlord faces £40k fine after tenant puts swimming pool on roof of flats
Angry woman confronts blind man at gym and accuses him of starting at her
Moment Jake Paul ends up in dramatic fight with YouTuber in club
You may also like
Life
Watch: Man gets Tesco Clubcard tattooed on his arm to ensure he never forgets it
Life
Woman goes blind and cries blue tears after having eyeballs tattooed
News
Woman leaves tattoo shop in garage mid-inking after being fat-shamed
Life
Australian man gets his supermarket rewards card tattooed on his arm - and it works
Entertainment
People are seriously getting tattoos of Will Smith slapping Chris Rock
Next Page