She was forced to rush her pet to the vet

A woman has been left in shock after finding a strange bone in her garden for her dog, alongside a note saying that it had been laced with poison. The letter said that the dog barks 'too much' and must be 'poisoned'. 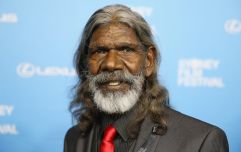 END_OF_DOCUMENT_TOKEN_TO_BE_REPLACED

Cheri Blair (no, not that one), from North Sydney, made the discovery near her home at around 6am on Monday morning. She immediately rushed her beloved pet to the vets, and remained at the veterinary centre all day.

The ordeal started when her dog Jolene, a Portuguese Podengo, didn't return to her garden as usual. After looking for her, Ms Blair found Jolene with a bone around the corner. Initially thinking nothing of it, she threw the bone over a fence, before later finding the chilling note.

Speaking to the Daily Mail, Cheri said: "It was one of those ones that you have to go to the pet store to get there, like a freeze-dried bone, quite big.

"Something made me go down there [again], and then I looked down. There was a letter, but it was sealed in an envelope and it had the message on it.

"'I just started freaking out and I started screaming at my husband, 'Go get the bone!'"

The note read: "Your dog is to be poisoned, to [sic] much barking, sorry but no choice, your falt [sic]."

She rushed Jolene to the vet, where they induced vomiting.

Whilst Cheri wasn't sure that the bone was poisoned, she said that she "wasn't going to take any chances".

Two days earlier, Jolene had apparently been involved in an incident with two other dogs, in which she had barked for 20 minutes. According to Cheri, a woman shouted "shut up" from her apartment later that evening when Jolene barked again.

New South Wales Police have inspected the garden where the bone was found for DNA, and have contacted people living in the apartment block for information.