A 25-year old woman has given birth to nonuplets, after doctors failed to spot two of her babies in an ultrasound. 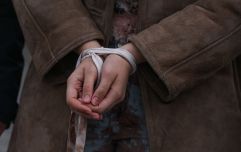 END_OF_DOCUMENT_TOKEN_TO_BE_REPLACED

Doctors initially said that mum-of-nine would give birth to seven babies, rather than nine, after a recent scan.

Halima Cisse from Mali surprised much of West Africa when she gave birth to nine newborns yesterday. The babies were delivered by caesarean section.

Cisse travelled to Morocco at the end of March to receive specialist care ahead of giving birth in the country. Before travelling, Cisse spent two weeks at a hospital in Mali's capital, Bamako, according to Mali's Health Minister, Fanta Siby.

The mum-of-nine gave birth on Tuesday. 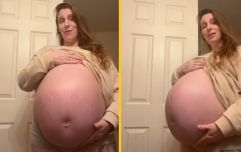 END_OF_DOCUMENT_TOKEN_TO_BE_REPLACED

The country's Health Minister said: "The newborns (five girls and four boys) and the mother are all doing well."

Doctors did not detect two of Cisse's nine babies in the ultrasound scans.

Nonuplets are very rare. Possible medical complications linked to multiple births can mean that some of the babies do not reach full term.

This comes after a woman gave birth on a plane mid-flight recently.

The woman was flying from Salt Lake City in Utah to Hawaii last week when she started to have contractions. The whole plane was surprised when the baby was born on board.

popular
Brit on holiday beaten with a brick by gang before being thrown in the sea unconscious
Dad who ran off with Ukrainian refugee says couple are doing 'brilliantly' - but he can't see his kids
The longest walkable distance on Earth which no one is known to have completed
Blood-Smeared toddler now orphan after Highland Park shooting
British schoolboy breaks internet after attending prom in sequined tuxedo ballgown
Men with ‘very large penises’ wanted for new documentary
Premier League player arrested on suspicion of rape facing two more allegations
You may also like
News
Identical twins trying to get pregnant at same time with shared fiance
Social Media
Woman shocked to find out she was pregnant when she gave birth on the toilet
News
'I'm so small, people don't believe my huge twin girls are mine'
Music
Lil Nas X shows off 'baby bump' for album teaser video
News
Taliban accused of killing a pregnant police officer
Next Page