The woman gave birth on a plane mid-flight

Though they never cease to blow us away, you hear stories about these surprise pregnancies all the time. However, for this particular woman, both she and the entire aircraft were shocked after she unexpectedly gave birth to her baby on a plane. 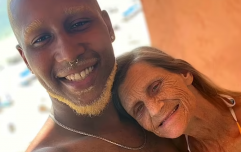 END_OF_DOCUMENT_TOKEN_TO_BE_REPLACED

And yes, we all thought of the 'mile high club' joke and then immediately thought better.

The flight was from Salt Lake City, Utah, to Honolulu, Hawaii, where she and her family were hoping to have, presumably, a nice relaxing holiday. Ah well, best-laid plans and all that, eh?

As you can see in the video captured by TikToker @juliabernice, every single passenger is utterly captivated as it becomes clear that the woman - identified as Lavinia Mounga - is giving birth on a plane. We don't know that factored into her luggage allowance but we're sure the airline let her off on this occasion.

The baby boy was delivered by Kansas City nurse, Lani Bamfield, who shared her incredible efforts on Facebook, writing:

‘If anyone would like to know how our trip to Hawaii is going… here’s how it started… we delivered a 26-27 weeker in the airplane bathroom, in the middle of the ocean, with three NICU nurses, a Physicians assistant, and a family medicine doctor we were able to make it THREE HOURS before we could finally land but the baby and mom did great.’ 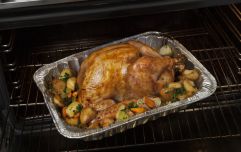 END_OF_DOCUMENT_TOKEN_TO_BE_REPLACED

Well in, Lani and all those who helped.

Following the video going viral, Miss Hansen followed up on her original post just a few days later, explaining how the woman and her family "had no idea she was pregnant", stating that "she wouldn't have flown on the plane if she'd known".

@juliabernice##stitch with @juliabernice Link in bio to help support the mother who gave birth on a plane! Or Venmo me (in bio) and I’ll send it directly to the fam♬ original sound - Julia Hansen

Perhaps the most touching part of the entire incredible story is that a GoFundMe has now been set up to help pay for Lavi and her family's extended stay in a Hawaii hospital as she and her baby boy recuperate - $5,785 has been raised already and counting!

Most importantly, baby Raymond himself is being well looked after in the neonatal intensive care unit (NICU), as his father, Ethan Magalei, also reached out to all of the well-wishers on Facebook:

Life. It’s a crazy thing. It’s strange knowing that millions of people on the internet know about a birth that took...

This will certainly go down as a story to tell your kids - the little lad himself might be in for a bit of a shock when he learns the story of how he was born!

We wish Lavi, Ethan and little Raymond all the best.