Weather forecast predicts date for next heatwave - later than expected

The UK is still expected to receive another heatwave before the end of the month. Didn't we just have one? 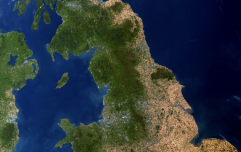 END_OF_DOCUMENT_TOKEN_TO_BE_REPLACED

Some of us can't wait for the next spell of sun, others think they do until it gets here, they can't sleep and realise become a living Inbetweeners meme. Either way, at least now you know.

According to forecasters from MeteoGroup - who have been tracking soaring temperatures all over Europe this summer - predict the heatwave will arrive in the final week of August. As for places like Spain and Portugal, they're already in the midst of theirs.

Inland parts of the south have reached the mid 40s Celsius. For some relief, head to the north coast where it's over 20 degrees cooler 📉 pic.twitter.com/ZRFWEaWdOh

END_OF_DOCUMENT_TOKEN_TO_BE_REPLACED

It has been cooler and general wet and windy across the UK more recently and forecasters do predict this trend will largely continue for the next two weeks or so, but high pressure is set to build toward the Atlantic as the month draws to a close.

The MeteoGroup long-range forecast, published by the BBC, says: "This should give us a warmer, drier, and sunnier end of meteorological summer.

"Heading into September, the forecast confidence remains pretty low. We think low pressure will return, but the timing is proving tricky to pin down and we may see prolonged dry weather to start out the autumn.

The forecast adds: "For northern areas, the low pressure centre will bring some bands of heavy rain, strong winds even up to gales on some Scottish coasts, and chances for heavy, thundery showers. 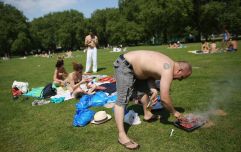 END_OF_DOCUMENT_TOKEN_TO_BE_REPLACED

"Southern areas will tend to be breeze with a stalling cold front keeping it cloudier with patchy rain. Towards the end of the weekend clouds should begin to clear as the low heads east into Scandinavia."

All that being said, get your sunhats and shades ready, make sure you give all your pups lots of cold water and enjoy!

popular
Fans shocked by Tommy Lee's extremely X-rated post on Instagram
Robin Williams' wife shares reason why he killed himself
‘Time traveller from 2090’ warns humans of worst event in history in coming days
Woman arrested after husband caught her on video allegedly using drain cleaner to poison him
Emergency service workers took photographs of Kobe Bryant’s body 'for a laugh’
'Crying CEO' slammed for posting emotional selfie after layoffs speaks out
Groom shocks wedding by playing video of his bride cheating with her brother-in-law
You may also like
Food
The ingredients for the perfect BBQ have been revealed
Life
Brits could be told to shower for a minute less per day under new drought measures
News
Heatwave to bring potential mid-30s temperatures this week in 'unusually dry' August
Weather
UK set for another scorcher, and it's coming sooner than you think
Life
Hosepipe ban to be imposed on millions more homes in England after driest July on record
Next Page